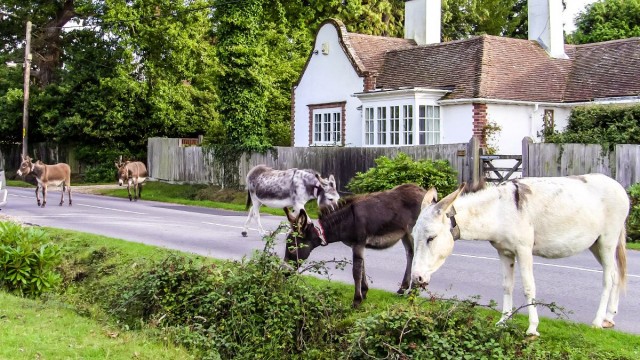 How to make the most of the lo…

With summer fast approaching we decided to escape old London town and travel down to the amazing New forest in Hampshire for a weekend with our Spaceship. The new forest is located approximately 2 hours south of London and is a must for anyone wanting to experience spooky forests, local donkeys and as much Tweed & cricket as you can take in.

Our trip set off late on Saturday evening via a quick blast down the motorway conveniently located within close proximity to the Spaceships London depot.  With the obligatory stop for a late night service station coffee (avoid the fuel as much cheaper in the towns) we eventually made our way off the freeways and began to wind our way through the small quaint villages of Hampshire.

Created as a royal forest by William 1st around the early 11th century for the royal hunt of deer, New Forest is the perfect place for those who want to feel like they are travelling back in time. If you like Game of Thrones then this is the place for you. The area definitely has a spooky charm to it and driving through it at night time makes it even better. Be careful of the ponies however at night time. They will pop up when you least expect it and seem to be attracted to coloured campervans. 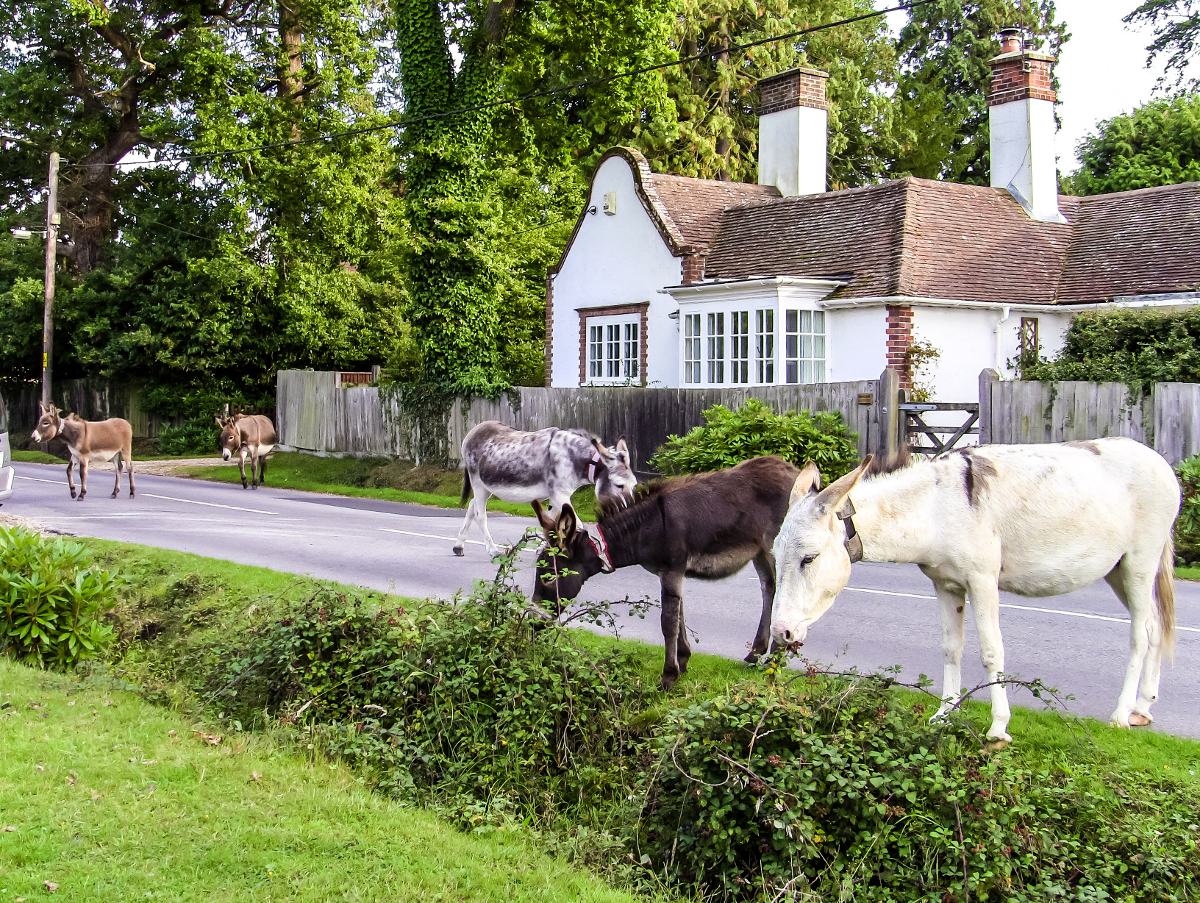 Once we found our secret camping location we grabbed a beer out of the handy fridge and fell off to sleep, with the wind whistling up the valley, only waking to spot the occasional stray pony. Wild ponies you say? The New Forest ponies are what make the area iconic.

The forest and its surrounding towns are home to thousands of ponies which are owned by the new forest commoners.  You will see them dotted around the roadside and in local towns with most of them enjoying a photo op with travellers.  Just remember the ponies have right of way on the roads so slow down in your Spaceship if you come across some roadside.

The area has lots to offer the weekend traveller with one of the must-see towns being Beaulieu. Resembling a French medieval town Beaulieu is great for those keen photographers of you. The town itself was once the birthplace of many British naval vessels and has some great local pubs & cafes and a historic Abbey. 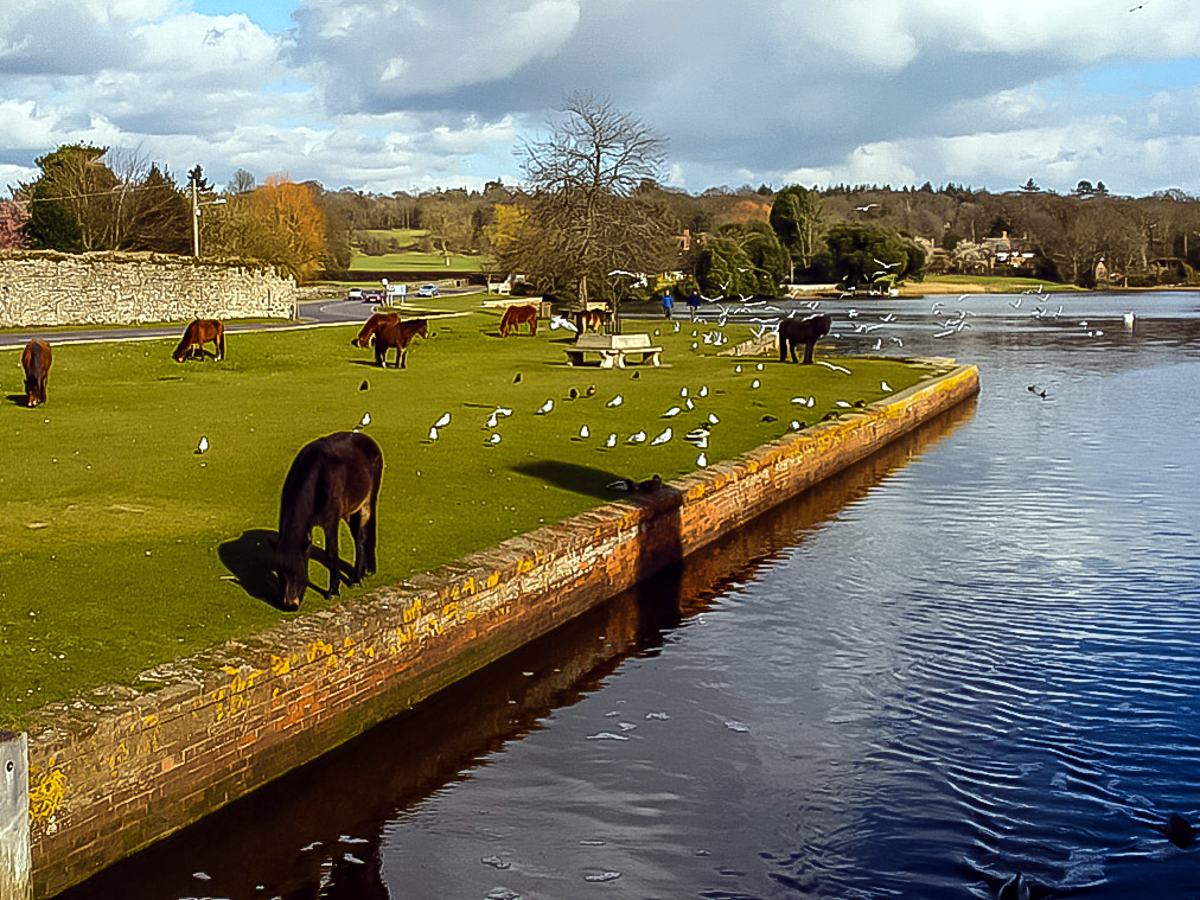 Heading out of the new forest, with a quick stop in Brockenhurst, we made towards the coast and the town of Lymington. Lymington is a great little spot to stop for a coffee and is the departure point for those wanting to see the Isle of Wight (definitely recommended with many Spaceships heading down for the Isle of Wight festival each year).

For a lazy Sunday afternoon, we decided to drive all the way along the seaside to Christchurch before we made our way back to the big city.  Our next stop was Milford on Sea. The strong gusty winds mixed with salty sea spray made for an exciting time as we set off on a short walk along the cliff tops. Be sure to check out the old Victorian beach huts if you are passing by.

Our last stop for the afternoon was Christchurch. Sister to the New Zealand city it is one of the largest towns in the area with some great pubs, nice walks along the marina (watch out for the enthusiastic geese) and the remains of an old castle in the centre of the town.