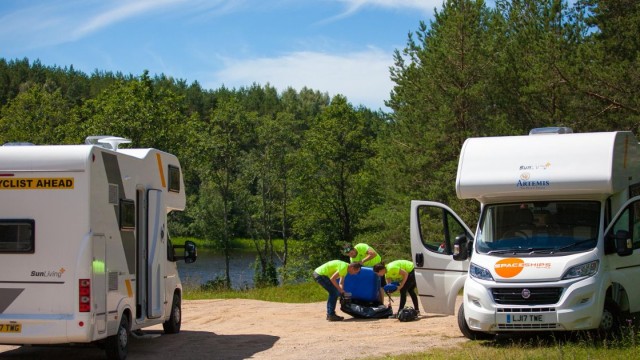 Mark Beaumont's challenge: around the world in 80 days

Mark Beaumont made history when he pedalled back to the Arc de Triomphe in 78 days 14 hours and 40 minutes, thus smashing the previous 18,000-mile circumnavigation by bicycle by a margin of nearly 40%. Such ambition and execution don’t happen by luck, it was the fruits of three years of detailed logistics, performance and media planning. Spaceships Rentals were proud to have played a key part in this success, providing motorhomes in support of much of the European leg of the race.

On July 2nd at 4am, in the middle of Paris, you’d think it would be a low-key departure – yet fans had waited up all night and the roads were busy as Mark rode out with two motorhomes in support. The plan was simple, yet utterly daunting – alarm at 3.30am, ride 4 x 4 hour sets a day, finish around 9.30pm, sleep by 10.30 for 5 hours and repeat… every day, for two and a half months. 75 days riding, 3 days flights and 2 days contingency, the World in 80 Days sounded like quite a rational plan. But the reality was untested, a significant leap from anything that had gone before.

Inside the support team, there was Laura, the performance manager, David and Mike, the team leaders, Alex, Johnny and Helmut the media boys, Jo on chef duties and Tony driving and learning the system ahead of his stage in Australia. Between the two support motorhomes, the hive of activity carried on for 19 hours every day and the vehicles had to carry around 500kg of spare parts and equipment. 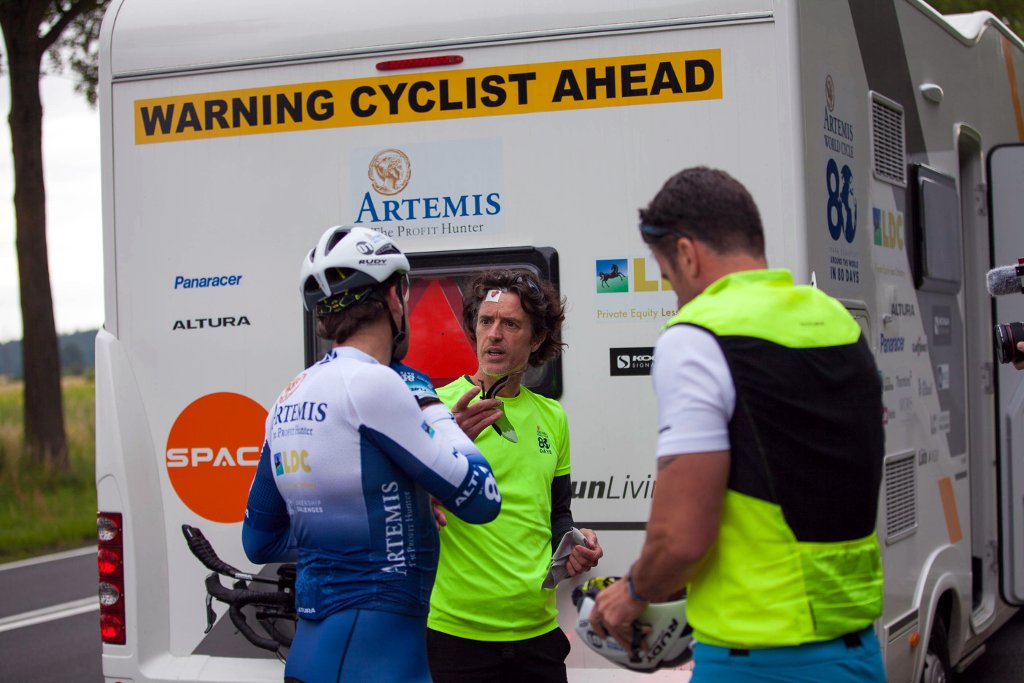 Being a Space Traveller

The Spaceships Motorhomes were driven out from near London and decaled up for sponsors in Paris a few days before the race started, and then for the final stage were driven all the way to Lisbon for the final ‘sprint finish’ of 1100 miles through Spain and over the Pyrenees back to the finish line. Crossing 6 countries in 6 days to the Latvia/Russia border crossing was a dream start, with a dry weather a gentle westerly wind – not that this makes much difference to the motorhomes, but it made Mark’s job a lot easier whilst warming up the legs to ride nearly 1000 miles every 4 days!

If only the Russian motorhomes could have been up to the same standard – it wasn’t possible to take our Spaceships into Russia due to it being outside of the EU (though you can take them to 38 country’s so don’t let this put you off) and so across Russia, Mongolia and China Mark and his team would rely on local vehicles. After the flying start, Mark had a serious crash just east of Moscow, resulting in some wobbly and broken teeth, as well as a fractured elbow. Nursing this for the remainder of the race was a constant pain and concern.

Onto the Great Wall of China

Across the Gobi Desert and onto the Great Wall of China, Mark then flew to Australia overnight. From wheels touching down in Perth airport, it took 35 minutes to get him on the road again… every minute counted. A few days later, Mark broke the World Record for the most miles cycled in a month, before racing across Australia and up New Zealand in the middle of their winter. Reaching North America in Anchorage, ahead lay 5,500 miles to Halifax, battling the Rockies, fierce headwinds and forest fires across the mid-west before coming through the Great Lakes and onto Nova Scotia.

By this stage, Mark was struggling hugely with the sheer attrition of the race, every day was a battle. Safety on the road and Mark’s wellbeing had to come before anything else, and it was the job of his team in the motorhomes to drive behind him all day long, watching and monitoring his performance and ability to keep pushing this hard. The relief to jump on the final plane and reach familiar soils back in Europe was immense, giving everyone the final reserve of energy that was needed to pack up the Spaceship Rental motorhomes and race onwards to the finish line. 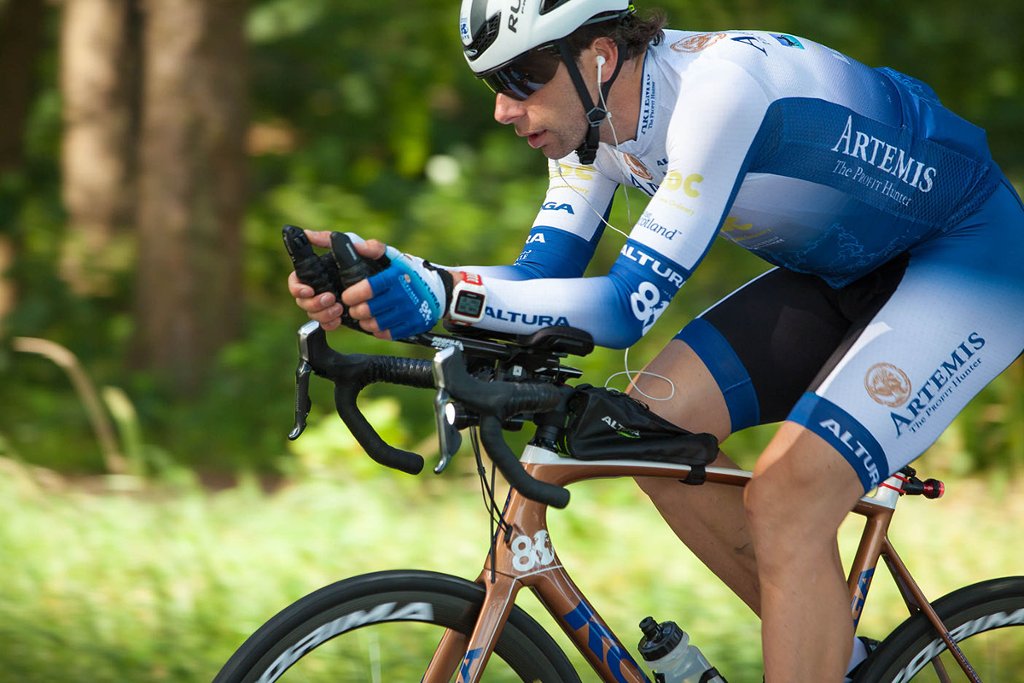 Read all about it

Mark’s book ‘Around the World in 80 Day’s’ was recently published and gives a detailed account of not just the bike race and all that went into supporting it, but also the phycology and mind games that it takes to compete in the World of ultra-endurance record breaking.

Whilst Spaceships don’t expect their average customers to push themselves to the extent Mark and his team did, it’s fantastic to be associated with pioneering ambition – and to know that their motorhomes can be so versatile and reliable. 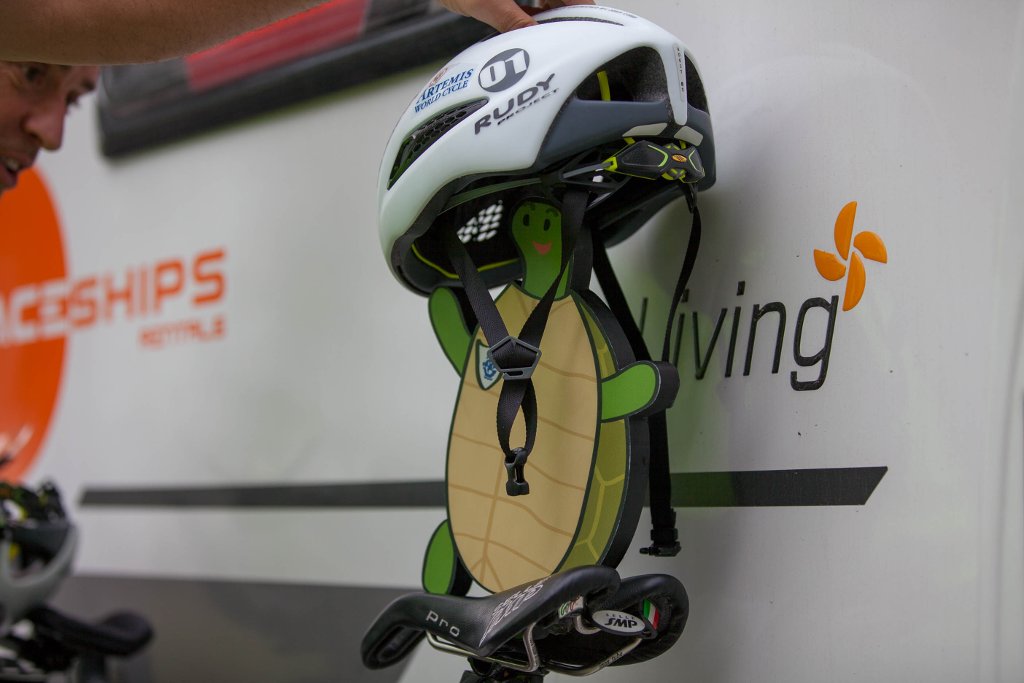