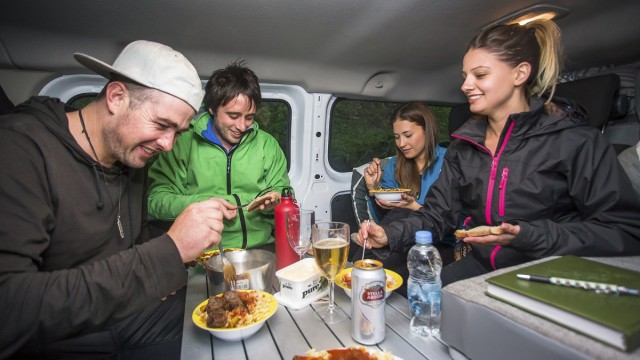 Rent a Spaceship for your transport and accommodation for Euro2020!

Rent a Spaceship for your tran…

The 16th UEFA European Football Championships features 24 national teams playing in 12 European cities this summer, and a Spaceship could be your transport and accommodation for Euro2020!

This years Championships marks the 60th anniversary of the tournament, which the European Football governing body UEFA has referred to as a "party all over Europe."

The tournament kicks-off on June 12th in the Olimpico in Rome, when Italy host Turkey in the opening match, with 50 games across Europe before the final at Wembley Stadium in London on Sunday July 12th.

Rome has another historic sporting venue to visit. The Colosseum l photo:Kosala Bandara (CC BY 2.0) - flickr

England and Wales have both qualified for the summer finals, while Scotland, Northern Ireland and the Republic of Ireland have play-off qualification ties in March to try to book their places at the party.

Why book a flight when you can book a Spaceship?!

Flight prices are likely to become more expensive the closer the tournament gets and demand will be high once the knock-out and quarter final venues are known.

By reserving your rented Spaceships custom-designed campervan or motorhome now, you can avoid potentially expensive flights, travel difficulties and fully-booked hotels in the summer. You will also have the flexibility to take a road trip to any of the venues - your Spaceship can be your transport and accommodation for Euro2020!

As well as the matches, the host cities all have official fan parks, with huge screens to watch the football along with festivals, entertainment and pop-up concerts so you can really join the party and soak up the atmosphere.

The best way to get to the matches and host cities is to camp nearby, then use public transport to get to the fan parks or stadium on match days.

Create your own Euro2020 road trip

You could be enjoying your own Spaceships Euro2020 road trip. All three of England's group games are at Wembley Stadium in London. If England top their group, you could collect your Spaceships campervan or motorhome from our London branch to drive to Dublin for the Round of 16 knock-out game on June 30th. If they win that game, it's a fantastic drive south through France and Switzerland to Rome, Italy, for the quarter-final on the 4th July, before heading back to London for the semi-final 4 days later.

If England finish runner up, you're still good to go, just with a different Euro2020 Spaceships road trip! It would be up to Copenhagen then on through Sweden and Finland to Saint Petersburg for the quarter final. 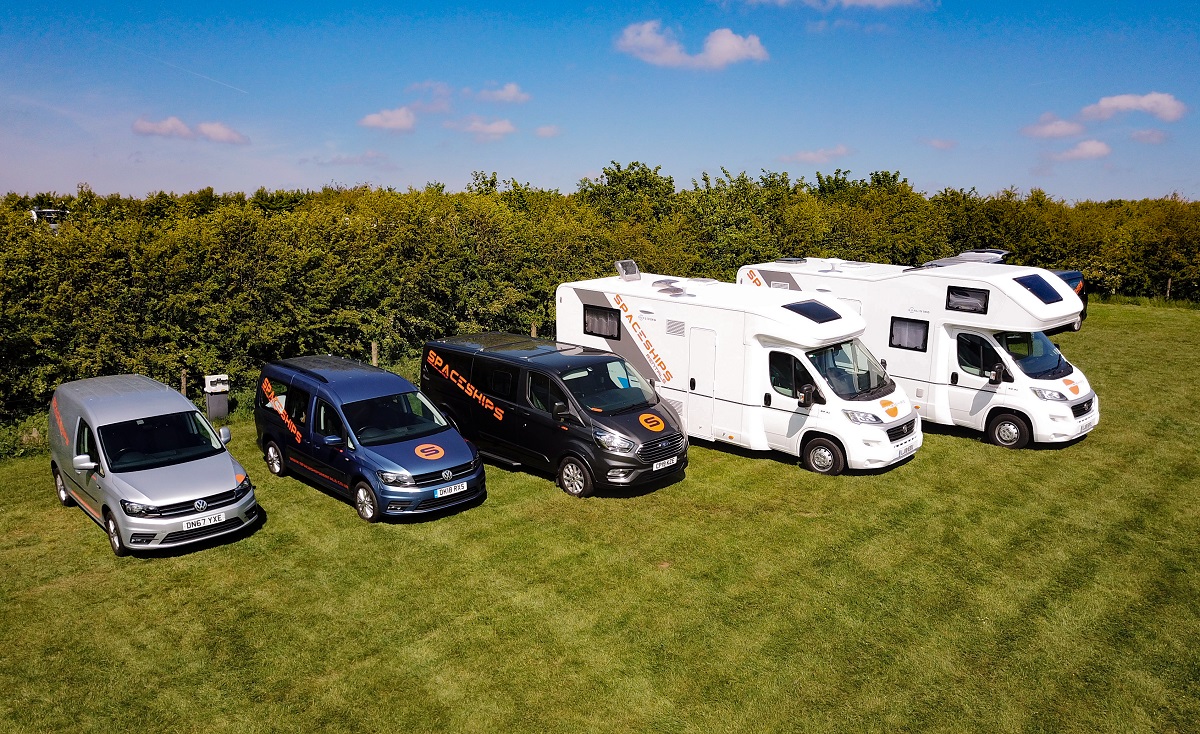 A Spaceship can be your transport and accommodation for Euro2020

Wales fans have their first two group games in Baku, before the final game against Italy in Rome. If they top their group, their Round of 16 game would be at Wembley, with a quarter-final at the Allianz Arena in Munich, around 600 miles from the channel tunnel at Calais.

If they finish runner up in Group A, it's over to Amsterdam for the Round of 16 game, then back to Baku for the quarter-final. The best four third place teams also qualify for the Round of 16, and if Wales qualify in third spot, their next game would be in either Bucharest, Bilbao or Glasgow.

That gives the possibility of taking in Rome on the 21st June for the final group game, then Amsterdam, Bilbao, London or Glasgow for a quarter-final a week later. Once you've booked your Spaceship, you can blast-off to whichever city your team plays, with your transport and accommodation for Euro2020 sorted! Even if your team gets knocked out, you can enjoy a unique holiday on a Euro2020 Spaceships road trip, taking in some other games, dropping in on the fan parks or heading for the beach. Now that is a result!

Scotland have to get past Israel in their play-off semi final in March, then beat either Serbia or Norway to qualify for the finals in June. Northern Ireland and The Republic of Ireland are also in the play-off semi-finals, and could meet at Windsor Park in Belfast to decide who makes the final 24 tournament teams.

We'll update you on all the teams and venues once final qualification is complete, and also as the draw unfolds during the tournament.

All the Spaceships custom-designed campervans and motorhomes are perfectly equipped for life on the road. Each contains full cooking gear (including cutlery, crockery, utensils, pots & pans) and you can either bring your own bedding or add bedding to your booking as an optional extra. Awnings are included with the 2 and 4-berth campervans to extend the living space, and the motorhomes sleep up to 7 and include shower, toilet, kitchen and TV/DVD player. 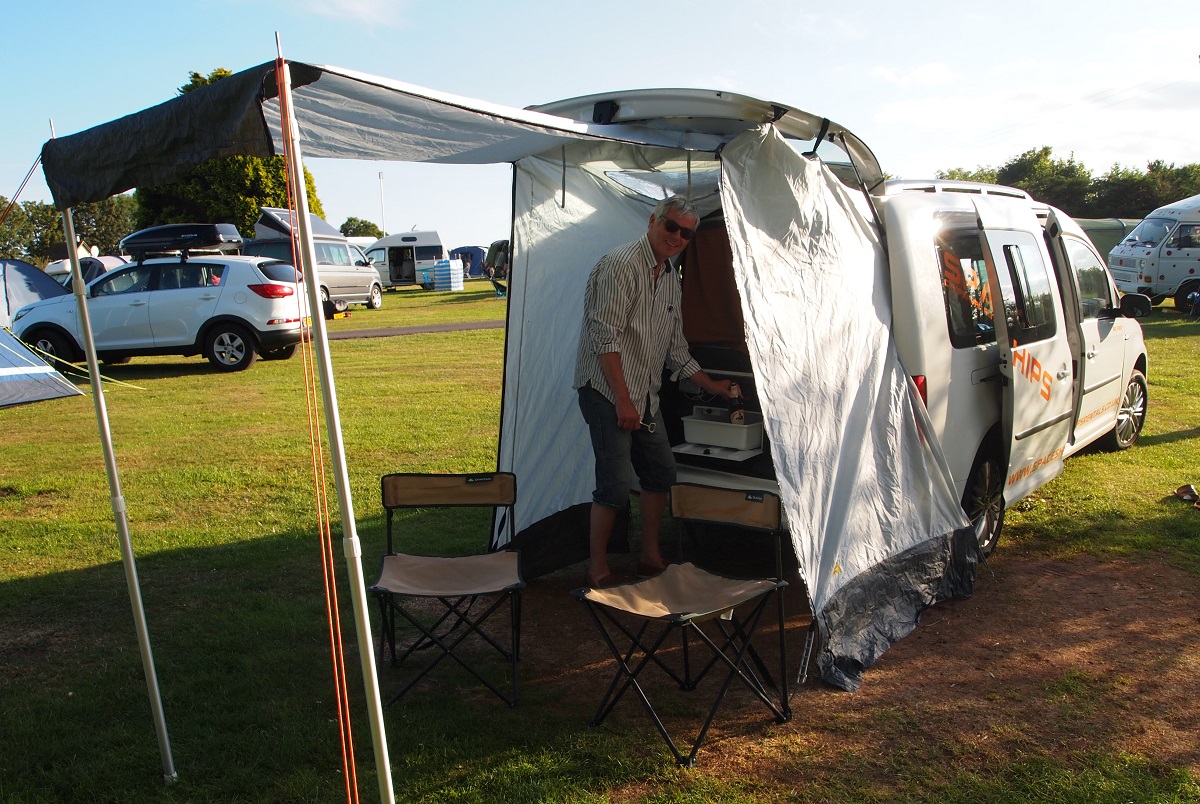 The awnings on the campervans extend your living area

Spaceships are all less than three years old and can be collected and returned at our London, Edinburgh or Dublin branches.  All campervan and motorhome bookings include unlimited mileage in the UK or Europe for up to 4 named drivers over 21. We offer collection and drop-off 7 days a week with an out of hours option, and also offer full insurance and complimentary 24 hours roadside assistance should you need it.

So check out our campervans and motorhomes and reserve your Spaceship today. Just 20% deposit secures your booking, and your Spaceship can be your transport and accommodation for Euro2020!