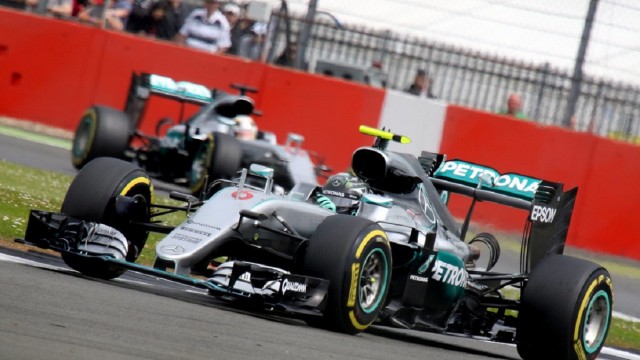 The best F1 Grand Prix trips in a campervan

Here are the best F1 Grand Prix trips in a campervan or motorhome, so prepare to blast-off in your Spaceship and get ready to Go, Go, Go!

A Grand Prix weekend is a fantastic experience. The atmosphere, parties, qualifying and of course the race itself make a terrific long weekend. And the best way to enjoy that experience is to hire a campervan or motorhome. With flights and accommodation close to the circuits expensive and usually sold out, camping is one of the best ways to get to an F1 Grand Prix.

An exciting F1 season ahead

2021 promises to be an exciting season, with more races and a return for spectators. On top of that, there are two new teams, Aston Martin and Alpine (the re-branded Renault team), as well as some new and familiar faces. Mick Schumacher, son of 7seven times World Champion Michael, steps up from Formula 2 and will make his debut for Haas. Two times World Champion Fernando Alonso returns to Alpine, and former four times Champion Sebastian Vettel heads up the new Aston Martin team.

The Mercedes of Sir Lewis Hamilton will again be the favourite, but Red Bull finished the 2020 season with a win in the Abu Dhabi GP for Max Verstappen, and he and new team mate Sergio Perez will be hoping to challenge the Silver Arrows this year. Ferrari and McLaren are also progressing, so expect the 2021 season to be the most competitive for some time.

Here are our top 5 best F1 Grand Prix weekends for you to visit in a campervan or motorhome.

Often referred to as "the jewel in the crown" of the F1 calendar, motor racing has been held on the streets around the harbour area of this Principality since 1922. As a tight street circuit, it's one of the slower F1 circuits, and is renowned as the ultimate test of the driver's skill. 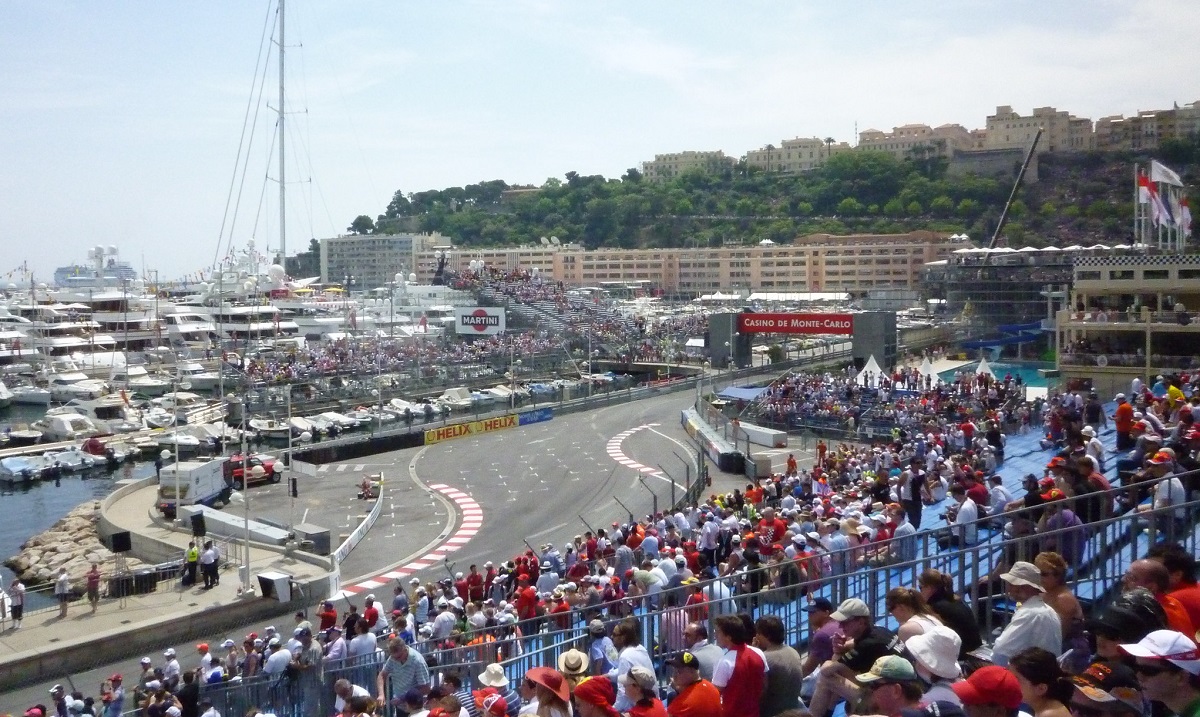 Looking over the track and harbour at the Monaco Grand Prix I Photo: Pat Guiney - CC BY 2.0

It is one of the most romantic and glamorous weekends in all sport, and the famous names around the track are rooted in Grand Prix history. From the start, the drivers go right at Sainte Devote and up the hill to Casino. Then it's downhill to the Mirabeau and famous hairpin at the Grand Hotel, the slowest corner in F1 at around 30mph, before accelerating into the tunnel. The drivers go into the darkness of the tunnel at full throttle on the fastest section of the circuit, then back into the blinding sunlight at around 180mph alongside the harbour and one of the few overtaking opportunities. On the brakes again for the Nouvelle Chicane, left at Tabac then around the swimming pool before another tight right at La Rascasse and back up the hill to the finish line.

Motorhomes are prohibited to stay overnight in Monaco, so it's best to head down to the south of France. It's a 30 minute train ride from Nice to Monaco, the best way to get there on the race weekend. After taking the Eurotunnel or ferry, it's a 760 mile drive from Calais down through France to Nice. Take the A5 to Dijon, then pick up the A6 to Lyon. The A7 takes you south to Marseilles before heading along the coast to Nice.

Our Campsite Finder will help you to find places to stop along your route.

Antibes and Biot would be great locations to stay as they are both close to the train line to Nice and Monaco. Antibes is right on the Mediterranean with Biot a little further north.

In contrast to Monaco, Circuit Paul Ricard is a faster more modern complex in the remote area of Le Castellet, also in the south of France.

Its long fast, Mistral straight (named after the local wind) leads into the fast right hand 180mph Signes corner. The pace slows a little on the next Beausset bend before two more long straights either side of the start and finish line. There are plenty of opportunities to overtake at Paul Ricard, making the French Grand prix an exciting race to watch.

Head for the Chicane grandstands to see lots of overtaking or the Virage du Pont stand to see the cars accelerate away down the main Mistral straight. 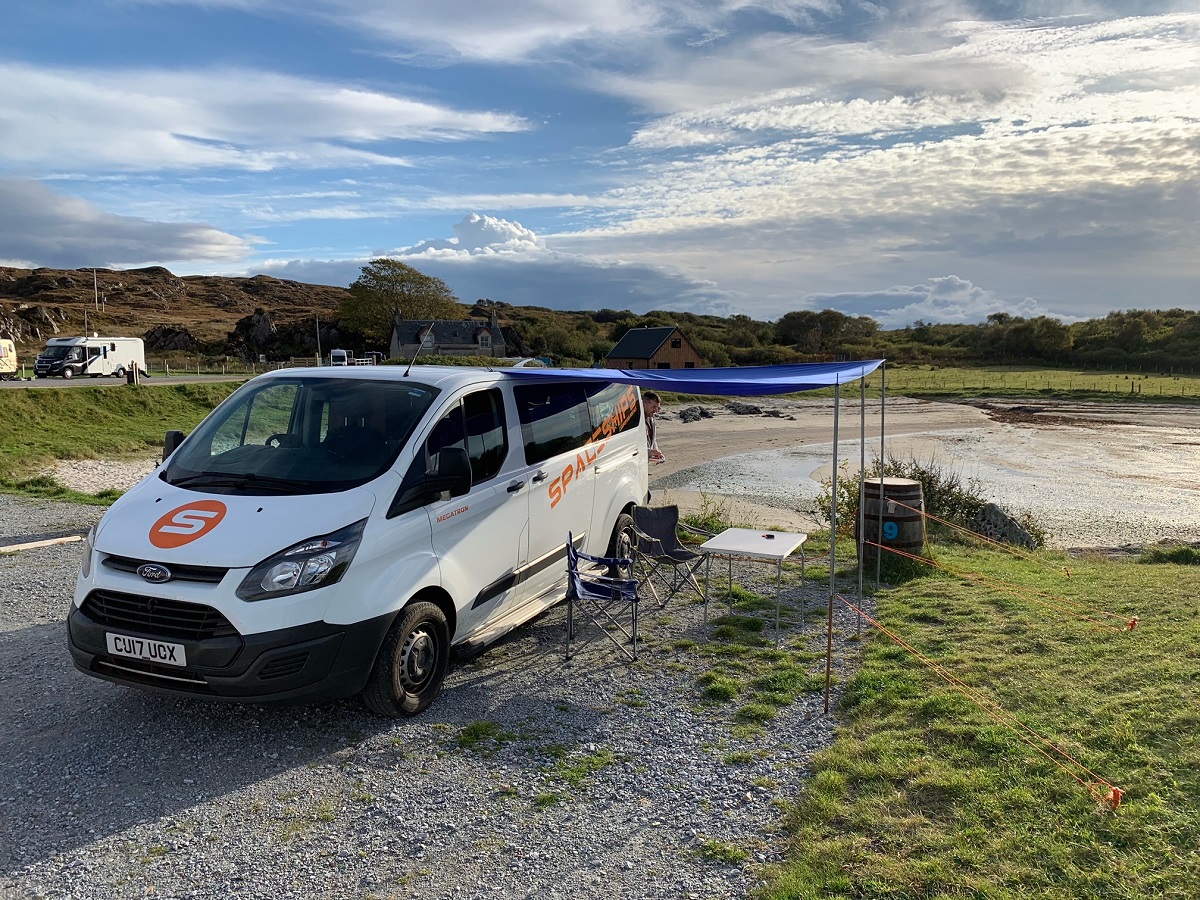 It's the same route from Calais as for Monaco, but Circuit Paul Ricard is between Marseille and Toulon at Le Castellet. It's about a 680 mile road trip from Calais.

It's a fairly remote location, so there are motorhome pitches available at the circuit. If you want somewhere a little quieter and cheaper there are plenty of campsites nearby. Just be sure to book ahead as all the campsites get busy on race weekends.

Another historic circuit, but traditionally a fast one too. Dating back to 1948 and now the home of British motor racing, this former airfield was the location of the first Formula 1 World championship race in 1950. Again it has long straights with fast curves, and instead of the turns being known as T1, T2 etc, like Monaco they are often referred to by their traditional names.

From the start line, the cars sweep right at Abbey and twist through the newest part of the circuit, The Village. Fast down the Wellington straight then through the fast curves at Woodcote, Copse and Maggots. A bend at Beckets then down the Hangar Straight into the right handed Stowe corner. Another shorter straight leads into Club corner and back to the start/finish line. 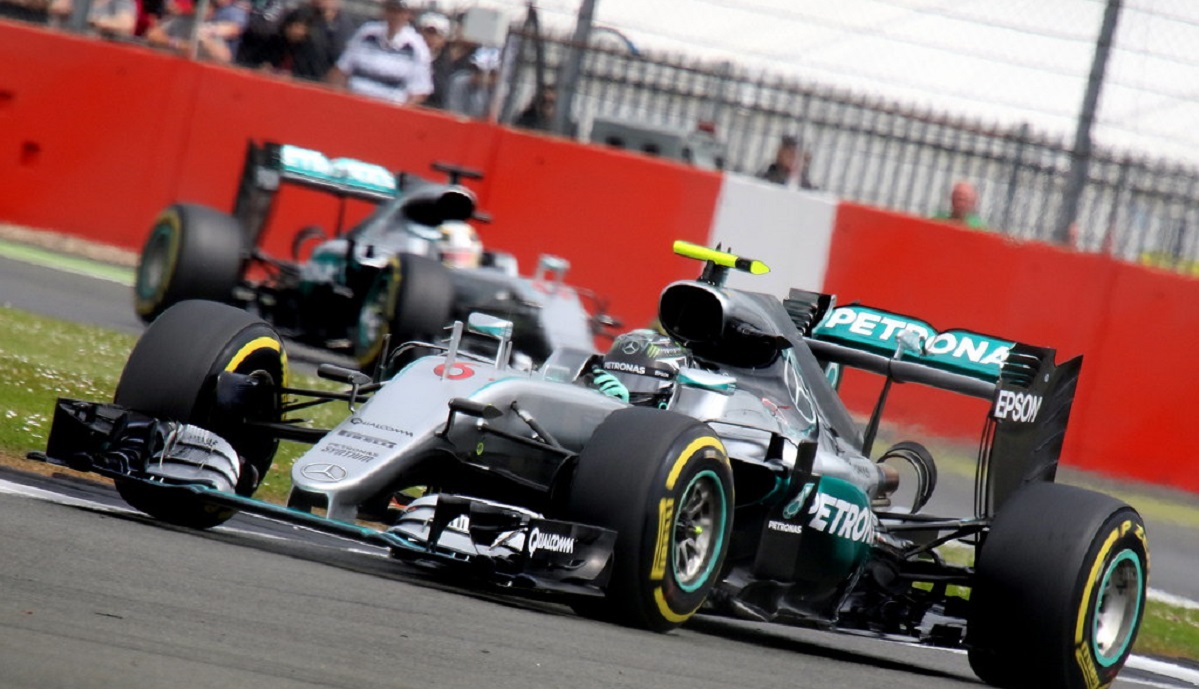 From Spaceships London, it's a short 70 mile drive to Silverstone. Get back on the M25 towards Watford, then take the next exit to M40(W) Oxford. Exit at Junction 10 onto the A43 and follow the signs for Silverstone.

There is a wide choice of campsites near to the circuit. Silverstone camping at Litchlake Farm is just off the A43 and has a footbridge from the site to the circuit.

Another classic circuit that dates back to the 1920s. A long fast track (originally over 9 miles) through the roads of the Ardennes forests, it has now been shortened to just over 4 miles in length. The cars sprint from the start line into Turn 1, La Source, a slow right hand hairpin before a straight section climbing up to the blind crest of the hill. The F1 drivers take the left-right-left combination at Raidillon Eau Rouge flat out before going up the Kemmel straight. It's a test of nerve and skill to go full throttle for over 2 kms before braking into the Les Combes turns. 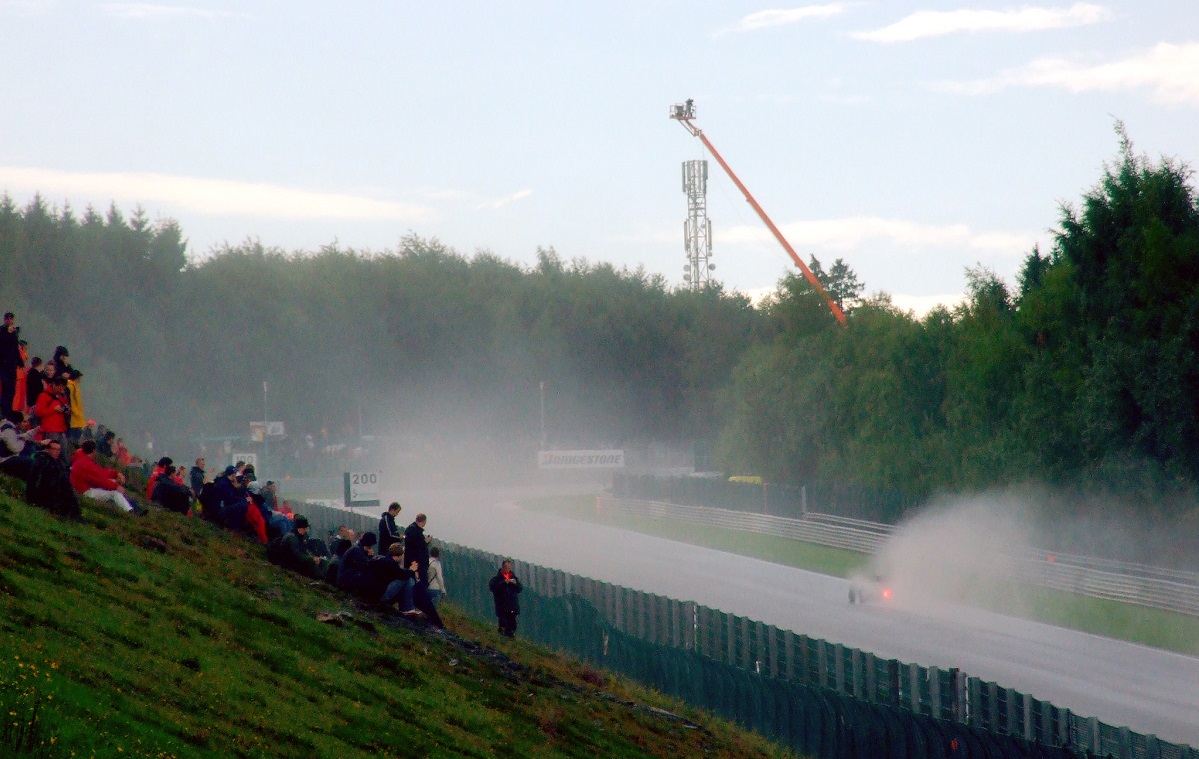 Spa shower. Breaking into Les Combes at the end of the Kemmel straight I Photo: nic_r - CC BY-SA 2.0

The middle section from Les Combes to Stavelot is slower and more twisty, with a final fast curved stretch to a right-left chicane before the finish line.

It's about 325 miles from London to Spa Francorchamps. The route from Calais along the E40 offers plenty of places to break the journey at Bruges, Ghent or Brussels, before heading towards Liege close to the Dutch/German border.

There are 3 camping zones trackside at Spa-Francorchamps, but only the yellow and green zones permit motorhomes and campervans.

There is a lot of excitement about the return of the Dutch Grand Prix after an absence of 35 years from the F1 calendar. The circuit will feature new banked corners and 100,000 Dutch fans are looking forward to welcoming their hero, Max Verstappen. As well as the spectacular sunsets, there will be plenty of orange in the grandstands! The circuit is set in the seaside resort of Zandvoort, nestled amongst the dunes alongside the beach. 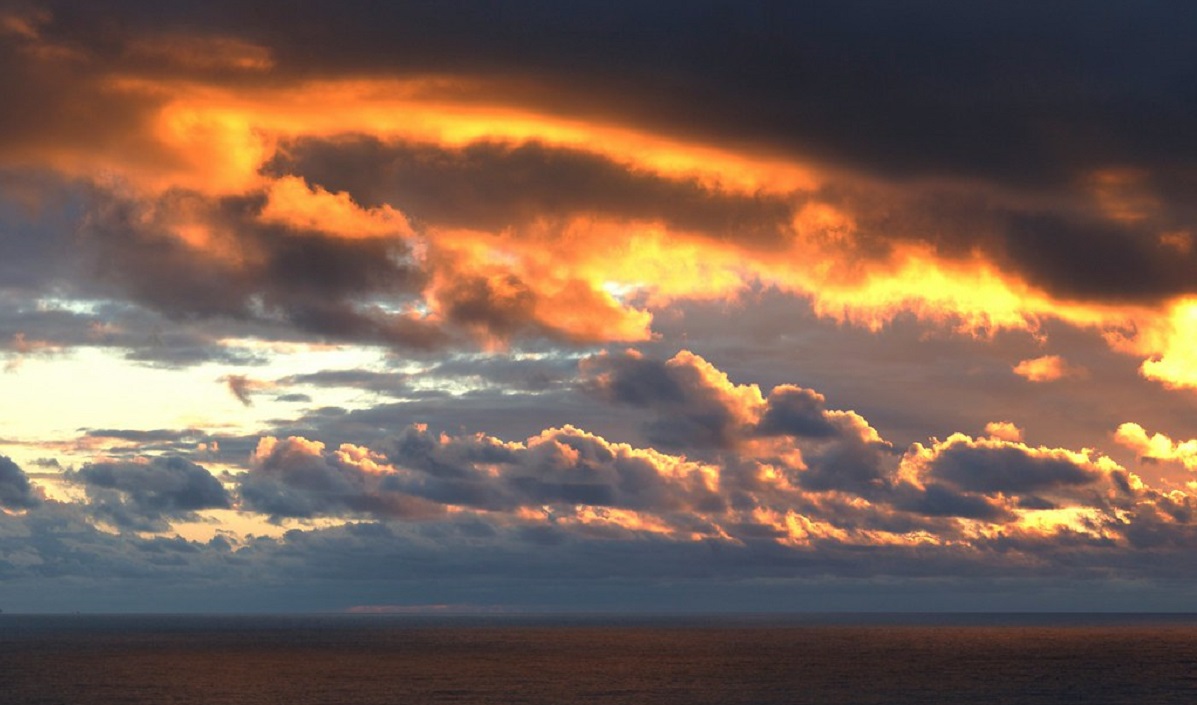 This fast new track runs up and down the dunes with almost a rollercoaster feel. The long start/finish straight leads into the famous Tarzan hairpin, which is now banked at 18 degrees. There will be opportunities for drivers to pass both on the outside and inside. A shorter straight leads into another banked corner, Hugenholtzbocht which will also allow cars to run side by side. It sweeps through more fast curves before the final turn at Arie Luyendijkbocht and back onto the main straight.

You can take the ferry from Felixstowe to Rotterdam which makes it a 260 mile drive. Alternatively, take the shorter crossing to Calais and drive up through Belgium into The Netherlands. You add around 100 miles to the drive, but it's a similar journey time. Zandvoort is about 18 miles west of Amsterdam on the North Sea coast.

There is a choice of camp sites around Zandvoort and along the coast. Camping de Duinrand is close to the beach and Circuit Zandvoort and has pitches for campervans with water and electricity. You can add a Euro electric hook-up to your Spaceships campervan or motorhome booking. 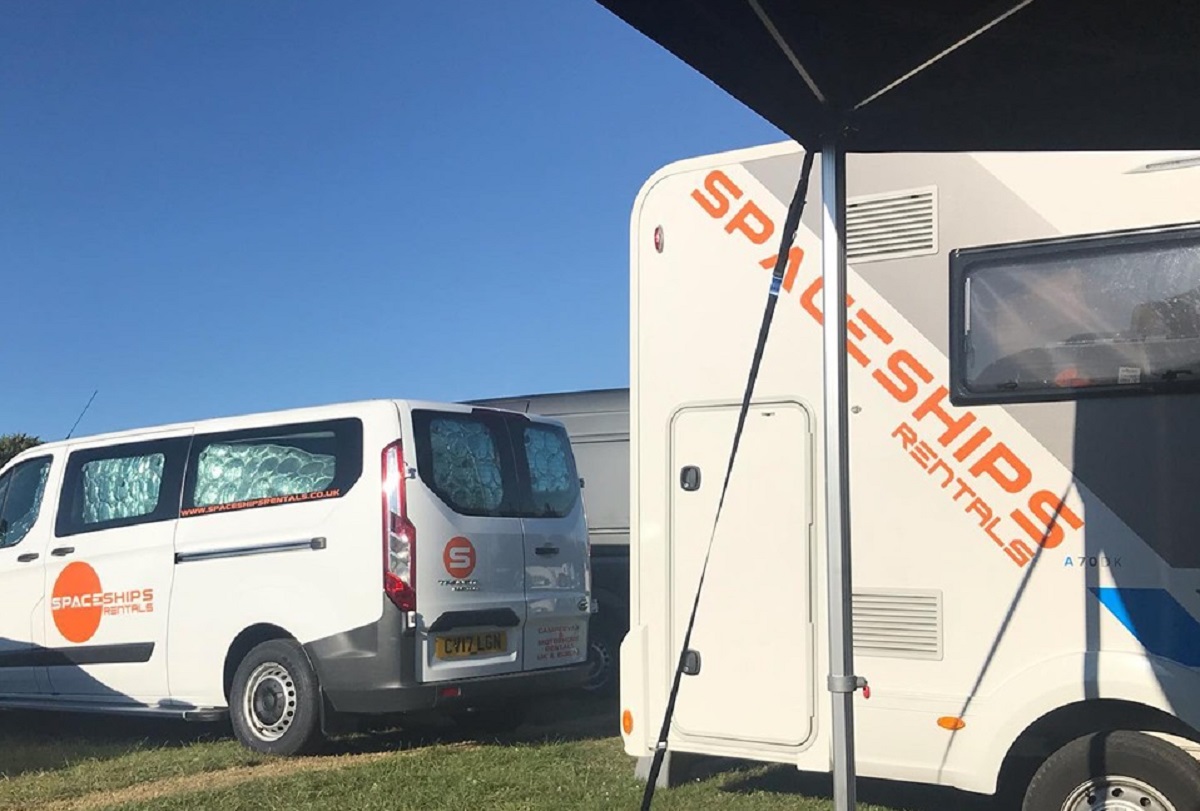