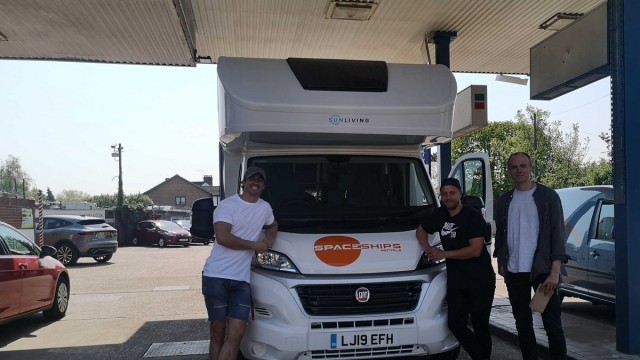 Made in Chelsea's Josh Patterson uses Spaceship for Record challenge!

Made in Chelsea's Josh Patters…

Former Made in Chelsea star, Joshua Patterson is using a Spaceships motorhome in a unique World Record attempt.

Josh, aka JP, is attempting to become the first able-bodied man to go the length of the British Isles from John O'Groats to Land's End in a wheelchair. And he is hoping to complete this epic 900-mile journey in just 19 days, setting a new World Record in the process. Josh is using a Spaceships motorhome for his World Record challenge support vehicle.

Josh is aiming to raise £10,000 for three different charities, the Spinal Injuries Association (SIA), Heads Together and The Royal Marines Charity.

Josh's inspiration for the challenge comes from his best friend, Ben Tansley, who was left paralysed from the waist down following a motorbike accident. The accident happened as Ben was travelling to celebrate the birth of Josh's daughter.

We'll be keeping a Diary of Josh's progress and you can check back in here to follow his epic challenge.

Josh is using the Spaceships Motorhome Lunar as his support vehicle for the trip. This will be home to him, his photographers and crew for the next 19 days during his journey south. 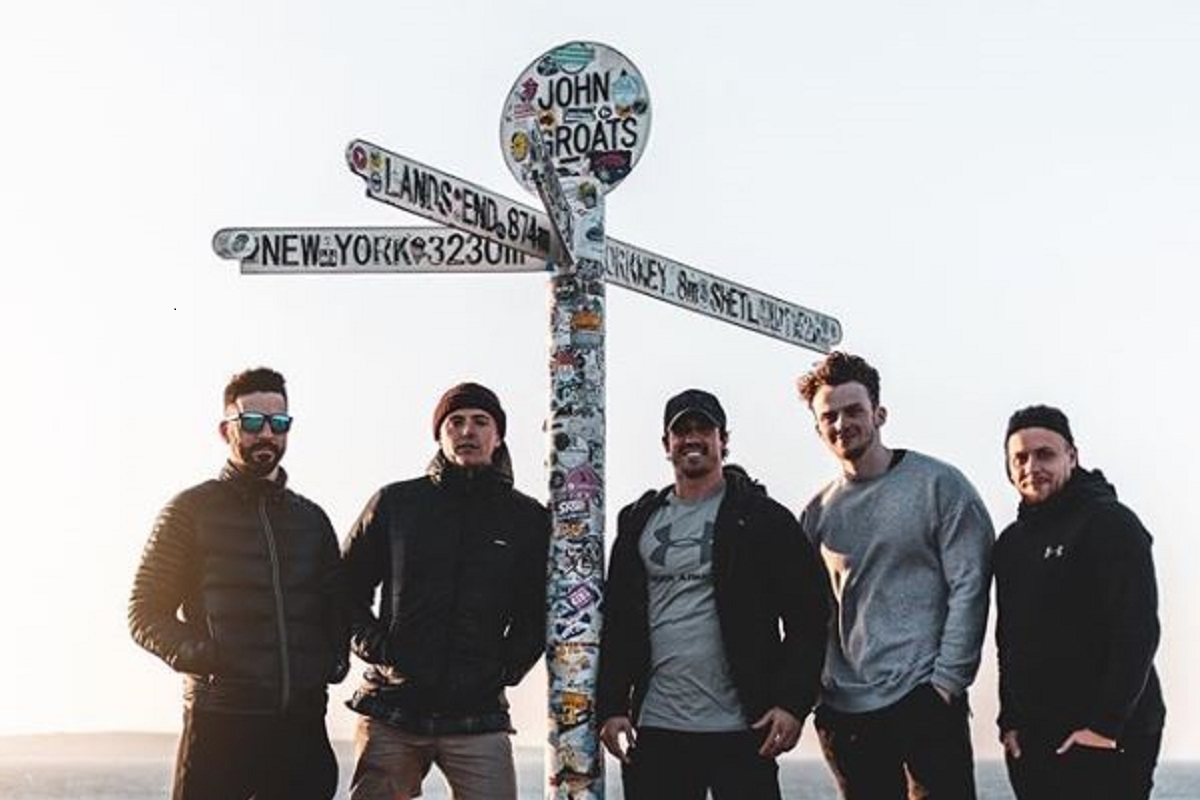 JP and the team at John O'Groats

JP's journey began today from John O'Groats. After a tough first day on the road, Josh completed 45 miles in 10 hours in his wheelchair and made it to Berriedale on the north-east Scottish coast. The entire crew at Spaceships would like to wish Josh and Lunar the very best of luck on their record breaking journey.

Josh was up and on the road at sunrise. Near the beginning of his planned route for the day was a 2 mile, 800' ascent at a 13% incline. After that gruelling start, just another 41 miles to go on Day 2...

Despite feeling stiff and sore after the demanding climbs on Day 2, Josh is back on the road at first light to make the section down to Inverness. 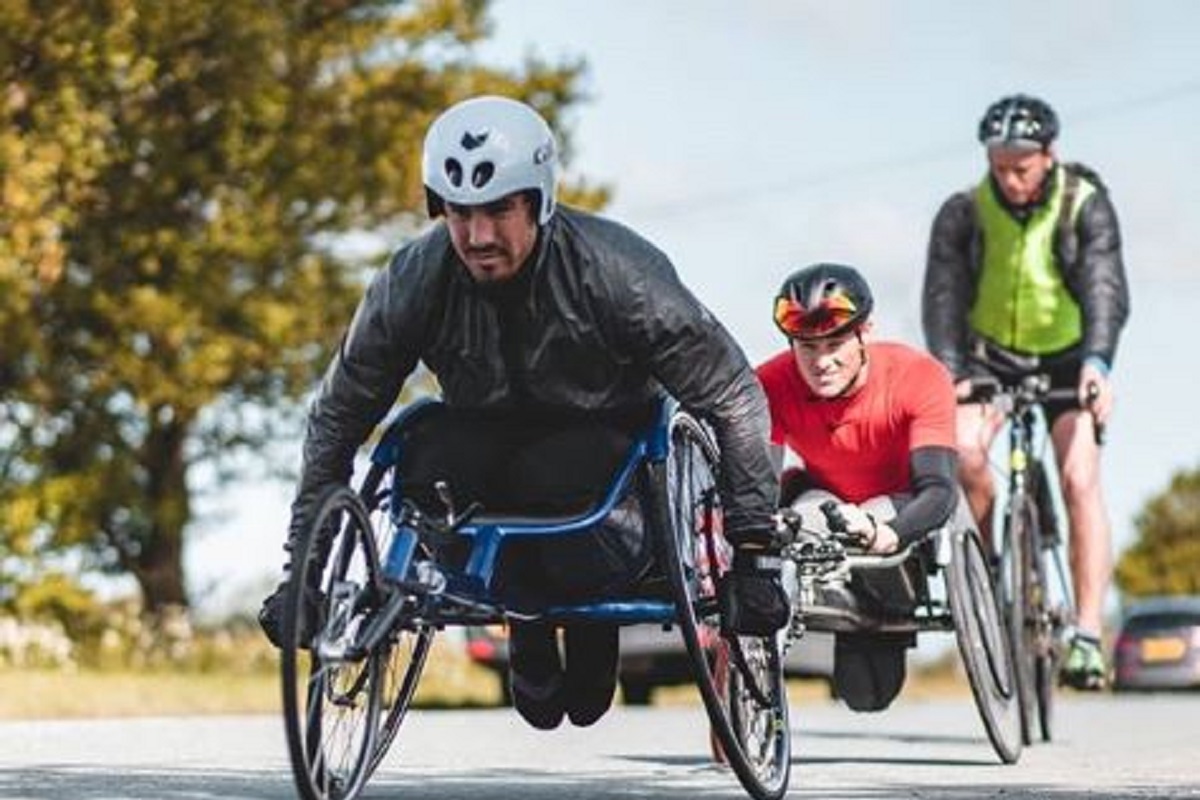 JP on the road from John O'Groats to Land End

The difficult conditions and heavier traffic on the A roads result in JP cutting today's route short. He pulled off the road after 35 miles, but plans to start early on Day 5 to make up those miles.

After another tough couple of days, Josh was back on the road at 5am. Feeling a little low, a former Royal Marine stopped his car to offer words of encouragement. He had heard about Josh's challenge, and his words helped him to carry on.

60 miles in the day, and Josh and the team have crossed the border back into England. The epic journey south continues... 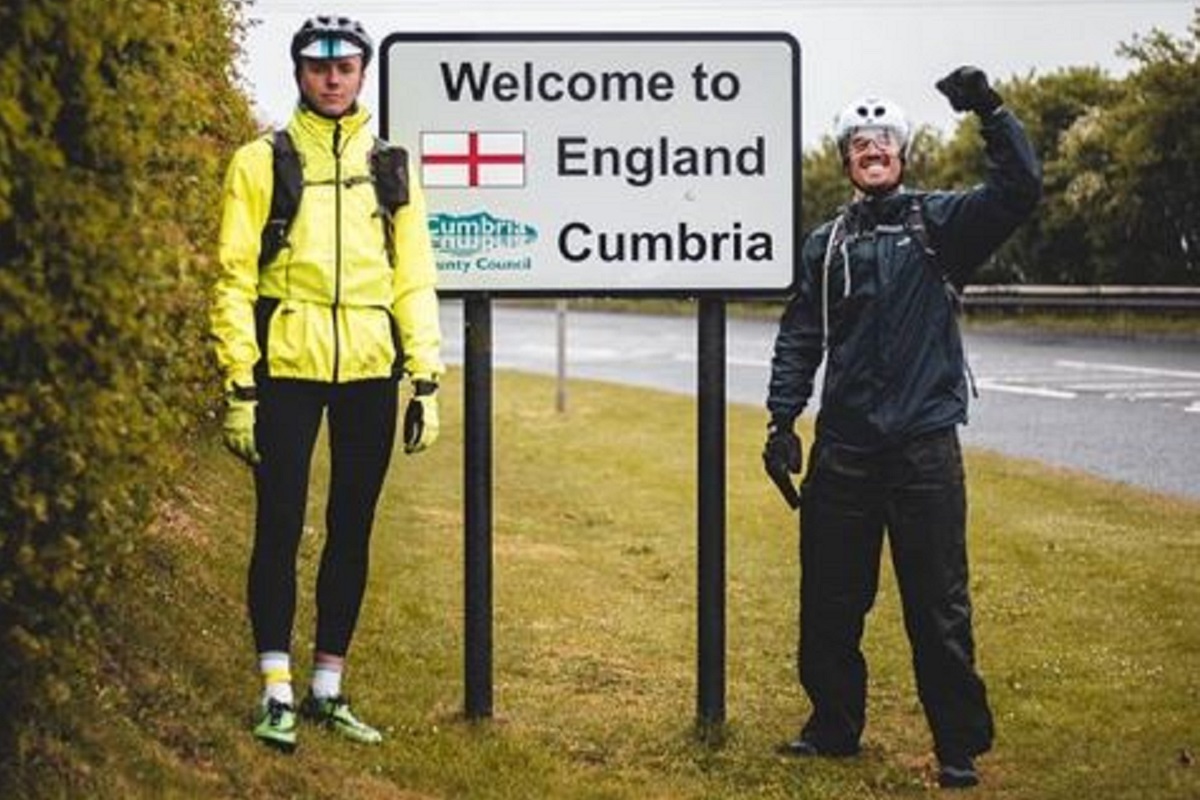 At the border and back into England

Josh and the team continue the journey south through England, travelling down through Cumbria, Warrington, Telford and on towards Bristol.

By Day 17, Josh and the team have made it down into Devon and Cornwall, and are on target to complete this amazing challenge and set a new World Record in the process. Not only that, but they have raised over £10,000 toward their three charities.

The May weather hasn't been kind to Josh - maybe the waterproofs were more use than the sunscreen! Thankfully he can look forward to a delicious dinner and a good night's sleep in his Spaceships Motorhome, Lunar. The last push to Land's End will take place in the next couple of days.