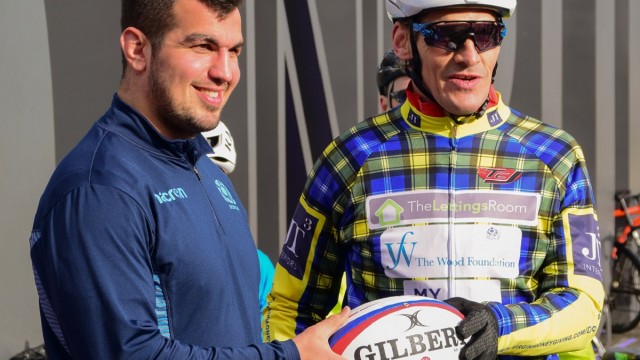 A Spaceship for Rugby Stars' C…

We provided a Spaceship for a Rugby stars' charity cycle ride from London to Edinburgh! The fund raising event took place before the Calcutta Cup match between England and Scotland, with a 7-berth Spaceships motorhome as the team's support vehicle.

The Wounded Lions 500, led by former British Lion and Scotland captain, Rob Wainwright, cycled with the match ball from Twickenham Stadium in London to the BT Murrayfield Stadium, Edinburgh. They left on Thursday 6th February with just 48 hours to complete the 500 mile journey before the Six Nations Scotland v England match kicked off at 4.45pm on Saturday 8th February. 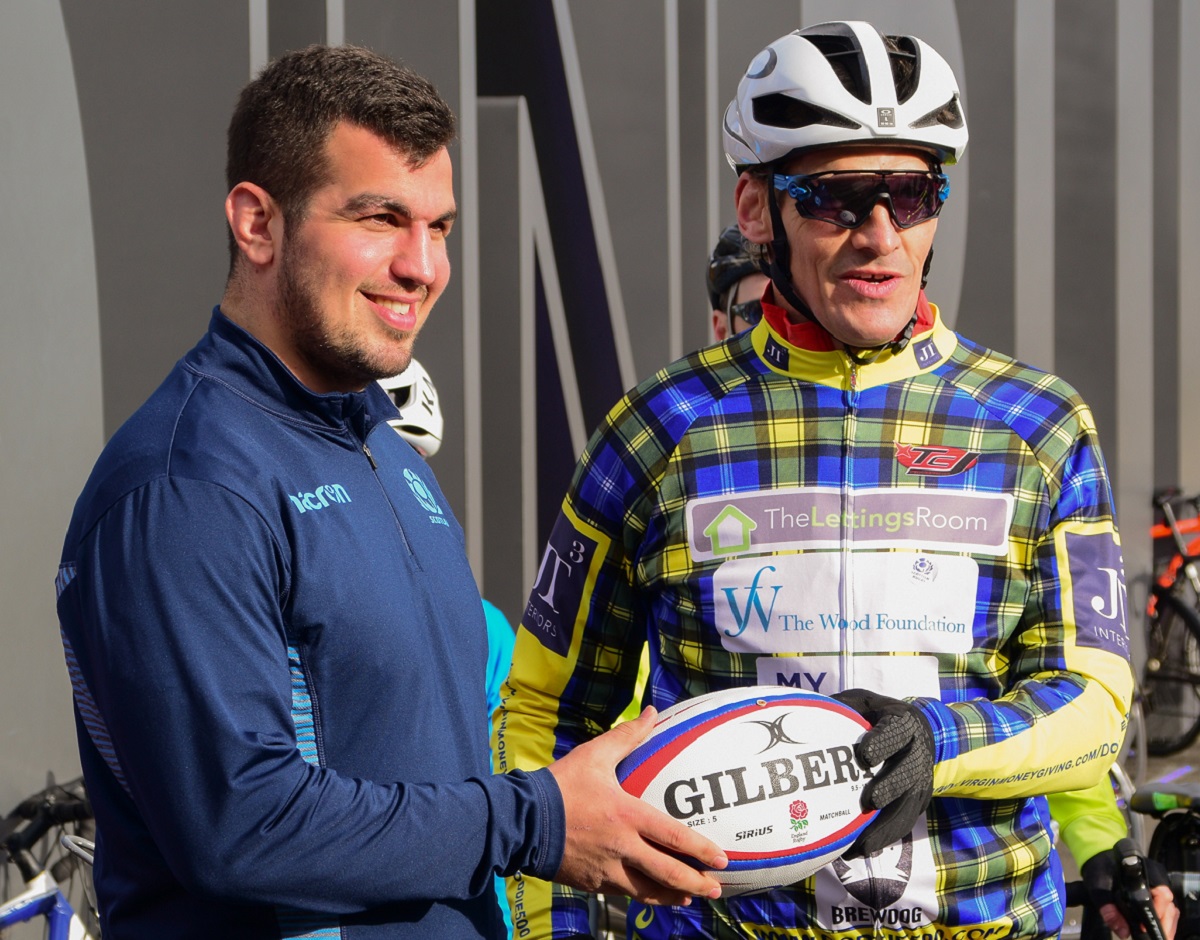 The support vehicle for their epic challenge will be a 7-berth Spaceships motorhome. This will accompany the team on the route north, giving them a mobile base to grab some food and take a quick break. 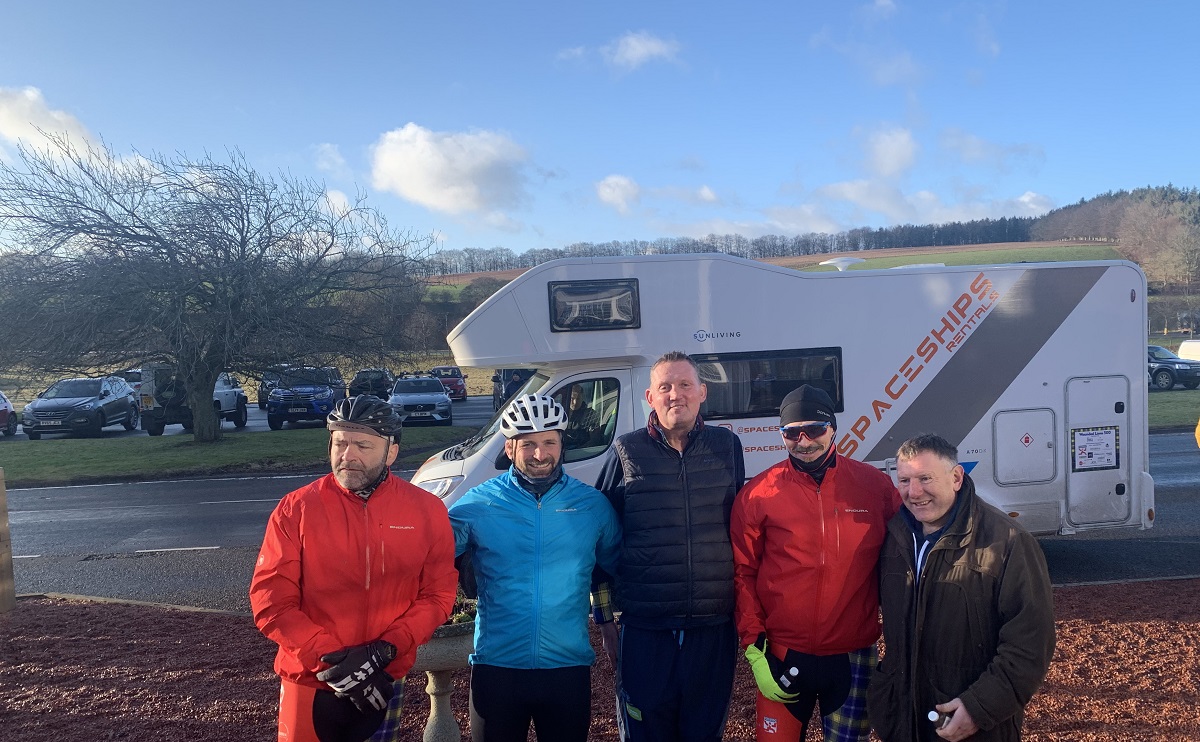 Some of the Wounded Lions and their Spaceship

The team are cycling in support of two former British Lions and Scotland Internationals, Doddie Weir and Tom Smith.

My Name’5 Doddie Foundation, founded by former Scotland International and Lion, Doddie Weir, was set up in 2017 following his Motor Neurone Disease diagnosis to fund research for a cure to the devastating disease.

The other charity, 40tude was selected by Tom Smith, a former 61 cap Scottish International and two-time Lions Tourist who was recently diagnosed with stage 4 Colon Cancer. 40tude helps to fund pioneering research projects, targeted at the early diagnosis and treatment of colon cancer.

Last year the team cycled in the opposite direction and raised £65,000. They managed a total of around 2 hours sleep over the journey, averaging 15 mph to deliver the match ball in time for kick-off at last year's Calcutta Cup Six Nations match. This year, the Wounded Lions 500 aim to raise £100,000 for the two charities.

Team leader, Rob Wainwright is determined to help his two former team mates. “I’m hugely honoured to have played for Scotland and the Lions alongside Doddie and Tom. Both are top men and both have tragically hit hard times with their health recently. Whilst we cannot heal them, we can point our bikes north for 48 hours and suffer in solidarity with them, inspired by their fortitude and courage in the face of huge adversity.

"We aim to beat last year's £65k fundraising total, and help improve both the treatment and the prognosis for MND and Colon Cancer.” 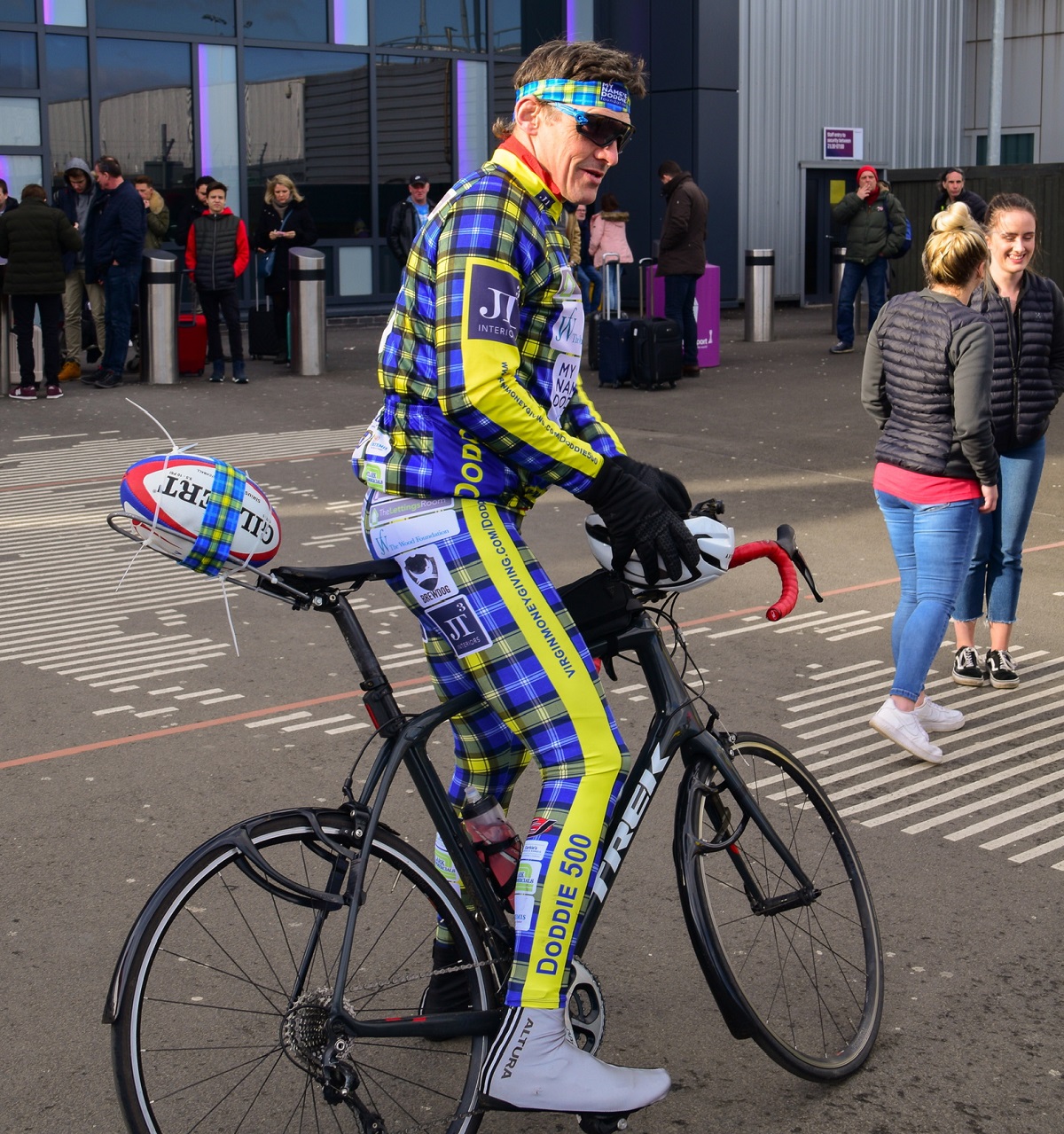 And I will ride 500 miles! Rob Wainwright - leader of the pack. Photo ©A View From My Camera

Cyclists are welcome to join the ride at any part of the route for a donation of £1 per mile. Former Rugby players including Will Carling, Paddy Johns, Damian Cronin, Peter Winterbottom and Paul Wallace will be joining the team at various points. You can see more details of the route here and also follow the teams progress.

Touch down in Edinburgh and a great "try"!

After 500 gruelling miles in just 48 hours, the Wounded Lions 500 team made it to the gates of the BT Murrayfield Stadium to present the match ball for the Calcutta Cup. A fantastic effort from everybody who took part - with a little help from a Spaceship! 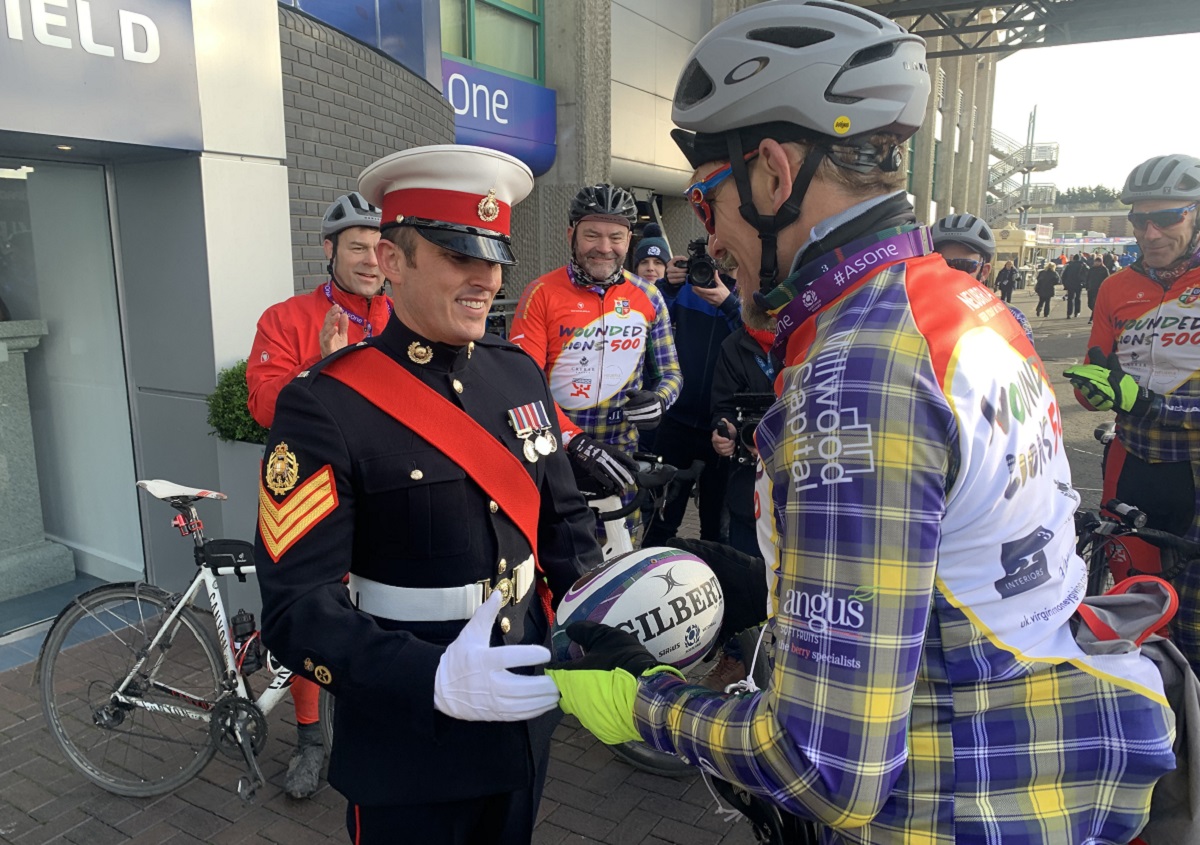 All donations are welcome, and if you would like to support this fantastic challenge and the two charities, you can donate at the Wounded Lions fund raising page here.

Blast-Off to the Guinness Six Nations in a Spaceship!

Hire a campervan or motorhome and blast-off to a 2020 Guinness Six Nations match in a Spaceship! A Spaceships road trip with your mates is a great way to follow the Six Nations. Whether you have tickets for the match or just want to soak up the atmosphere near the stadium, you'll have a blast in your Spaceship!