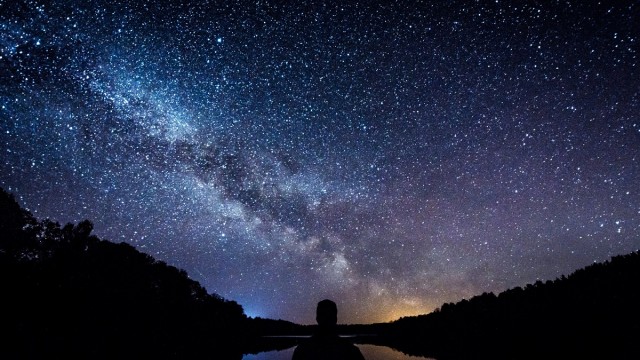 Find out how to experience Dark Skies in a Spaceship!

Find out how to experience Dar…

If you want to see the Milky Way and thousands of stars, then experience Dark Skies in a Spaceship!

The Oxford English Dictionary describes Dark Skies as "places where the darkness of the night sky is relatively free from artificial light."

In towns and cities, you may only see around 20 stars on a clear night. Take-off to a Dark Sky area though and you could be rewarded with with a view of up to 2,000 stars in the night sky.

Just as our ancestors did, Dark Skies mean we can gaze at distant stars and galaxies shining brightly in a clear night sky unaffected by light pollution.

The UK has some fantastic places to experience Dark Skies and has the highest number of Dark Sky Reserves in the world. Dark Sky Reserve designation is granted by the International Dark Sky Association (IDA) based in Tuscon, Arizona in the US. A Dark Sky Reserve is officially "an area with exceptional quality of starry nights and a nocturnal environment that is specially protected for its scientific, natural, educational, cultural, heritage and/or for public enjoyment." 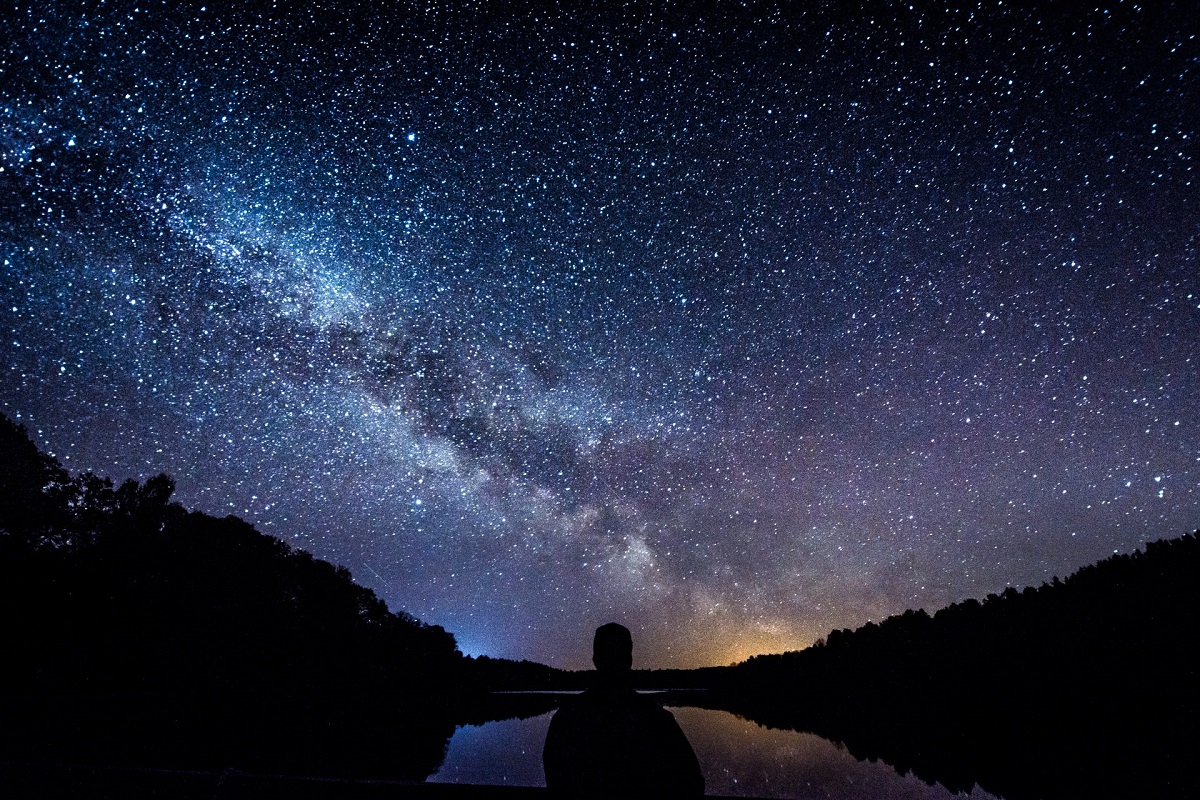 Experience Dark Skies in a Spaceship! l Photo by Mindaugas Vitkus on Unsplash

There are just 18 designated Dark Sky Reserves on Earth, and unbelievably, 7 of those are in the UK. December 2020 saw The North York Moors and Yorkshire Dales being awarded Dark Sky Reserve status, making it the largest area of Dark Sky in the UK. Those two join five other national parks, Brecon Beacons and Snowdonia in Wales, together with Exmoor (Devon), Cranbourne Chase (Dorset, Hampshire, Wiltshire) and Moore's Reserve on the South Downs (Hampshire & Sussex) in England, which were already designated as Dark Sky Reserves.

Blast-Off to Dark Skies in a Spaceship!

One of the best ways to see a star-studded sky is to visit one of the designated Dark Sky areas in one of the National Parks. And what better way to journey to the Dark Skies than in a Spaceship!

The custom-designed Spaceships Voyager campervan sleeps up to 4 adults and features 2 gas stoves, a fridge/freezer, water tank and all your cooking gear - everything you need to sleep under the stars. The Spaceships Voyager is available to hire from just £35 per day. 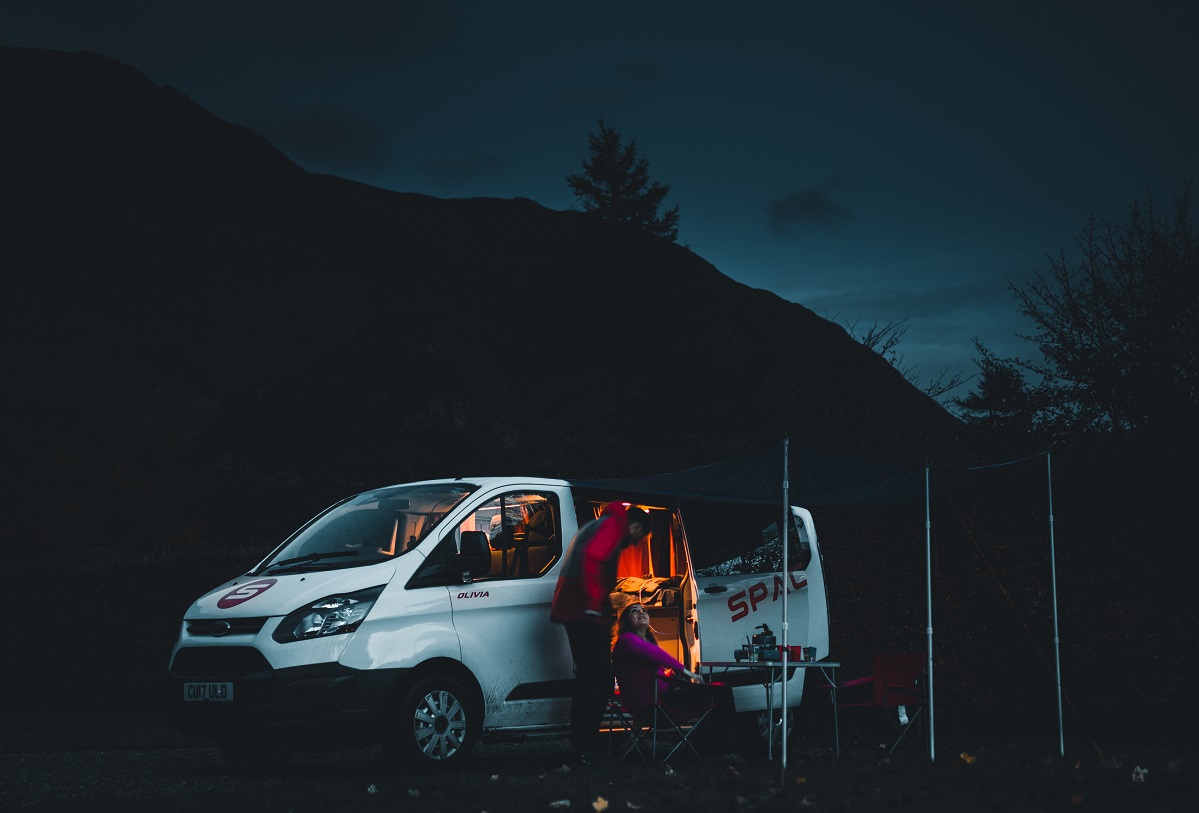 In addition, there is a choice of 4 or 7-berth Spaceships motorhomes, each with central heating, hot water, shower, toilet and lounge/kitchen/diner on board. There is a selection of campsites under or near Dark Skies and our useful campsite finder can help you navigate your way to distant galaxies...

Best time for a star-studded night

Another tip is to avoid the Full Moon. Not because you might see a werewolf, but because the natural moonlight from a Full Moon leaves only the brightest stars visible. The darker nights just before, during or after the New Moon will reveal more stars and far off planets. 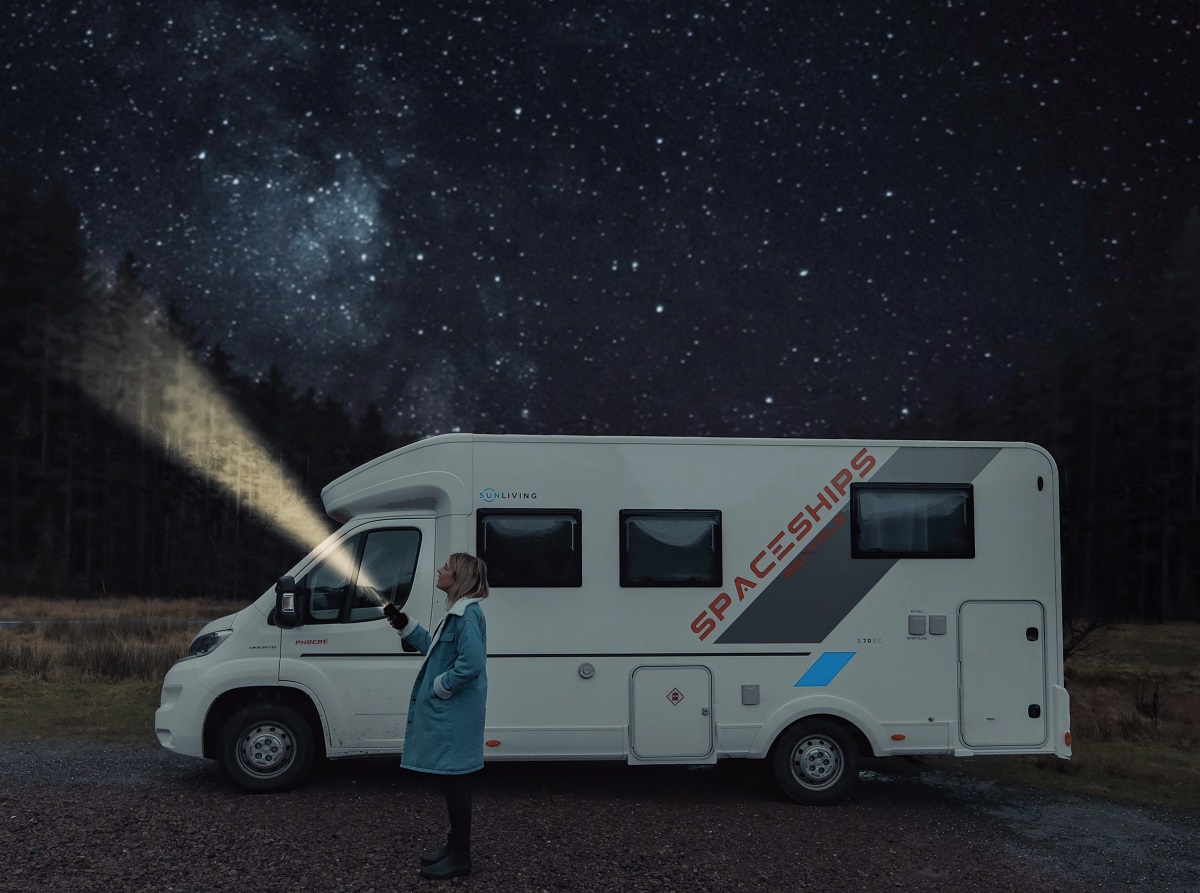 Enjoy a star-studded night in a Spaceships motorhome

A good place to get a glimpse of the wonder of a starry night on a Dark Sky Reserve is at Sutton Bank in The North York Moors. Take the A170 from Thirsk to Helmsley towards The Hambleton Hills. If you arrive at dusk you will be rewarded with a large area of unpolluted Dark Skies on a clear winter's night.

So if you are looking for a knockout experience that really will leave you seeing stars, discover the UK's Dark Skies in a Spaceship!