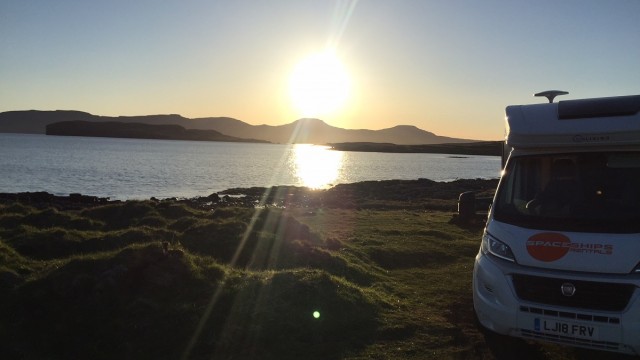 See the best of North Wales in your Spaceship!

See the best of North Wales in…

If you want to discover mountains, beaches, castles and adventure on a road trip, then see the best of North Wales in your Spaceship!

With breathtaking scenery, dramatic mountains, beautiful beaches, historic castles, golf, water sports and white-knuckle adventure, North Wales packs a lot into a small area. Here we take a look at some fantastic places and amazing attractions to make your Spaceships road trip in North Wales absolutely out of this world!

North Wales is accessible from all of our branches, although it requires a 2-3 hour ferry crossing to Hollyhead from Dublin. Our road trip begins in the English city of Chester close to the Welsh border. This ancient walled city boasts the UK's largest Roman Amphitheatre and oldest racecourse. The River Dee sweeps gently below the city walls, although you'll see another side to this river later on the trip. Chester is packed with shops selling everything from antiques to art and sweets to sweatshirts, all set amongst a choice of cafés, bars and pubs. Don't miss Chester Zoo on the edge of the city, the most visited UK attraction outside London.

A few miles out of Chester heading west on the A55 you will cross the border into Wales. Look out for the sign Croeso I Cymru - Welcome to Wales. The road signs also appear in Welsh and English - if you see the word Araf on the road, it means Slow.

The next stop is the seaside town of Llandudno with its North Shore beach and 19th-century pier in the town. You can walk up the 672 foot Great Orme headland, or take the Victorian tram if you're feeling less energetic. Continue along the A55 to Conwy. The 700-year-old Conwy Castle is in the heart of the town and a walk along the ramparts will give you views of the harbour, estuary and the mountains of Snowdonia in the distance.

North Wales is a fairly small area, so you can pack a lot into just a few days. There is a wide choice of campsites in the country or near the coast. We can help you find your perfect campsite for your North Wales road trip.

Cross the Menai Straits onto the island of Anglesey. The famous bridge over the straits was designed by Thomas Telford with the work completed in 1826. There's another medieval castle, Beaumaris Castle complete with moat. There are superb walks on the 140-mile Angelsey Coastal Path that goes around the entire island. The port of Hollyhead is on the island and this is the route into North Wales by ferry from Dublin. 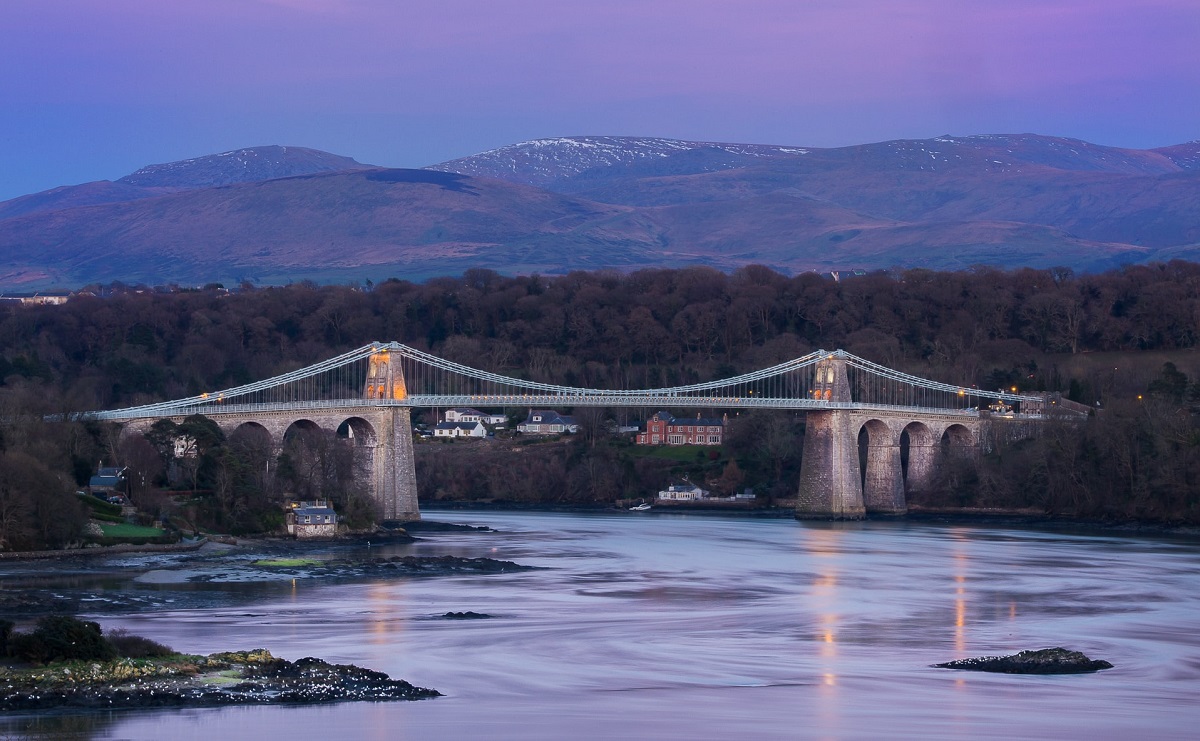 Back over the Menai Straits and on to Caernarfon, and you've guessed it, another castle! This imposing structure stands high above the River Seiont which flows into the Menai Straits. It was at Caernarfon Castle that The Queen invested Charles, her eldest son as The Prince of Wales in a regal ceremony. 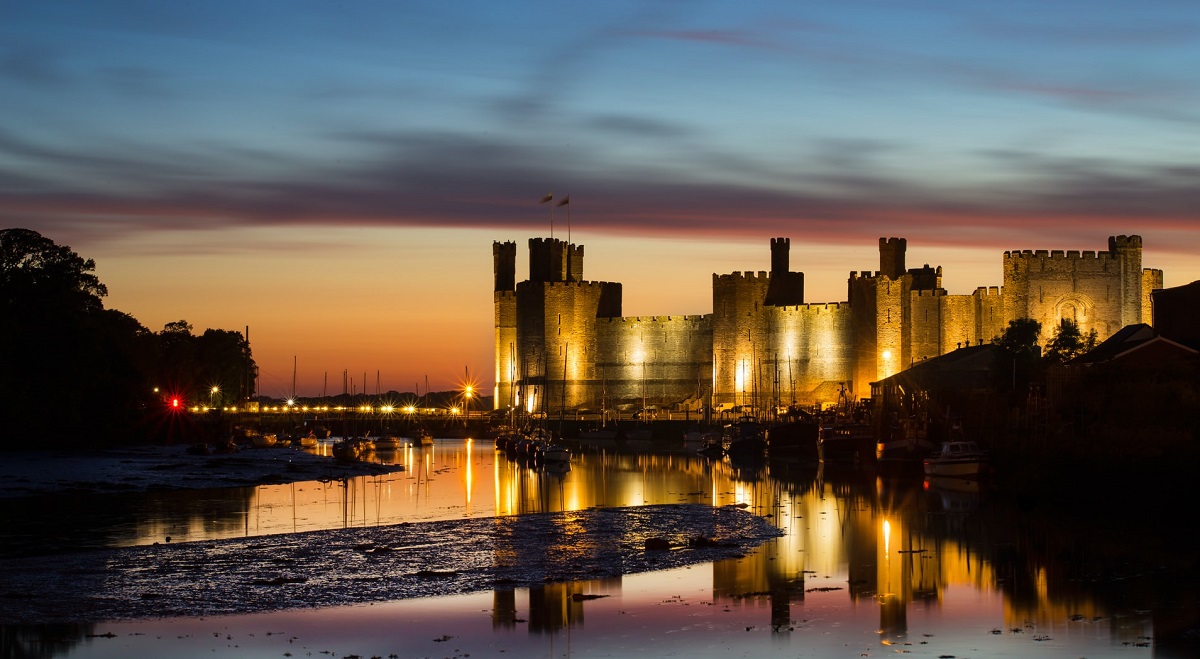 Head further down the coast to the village of Morfa Nefyn on the Llyn Peninsula. Home to the spectacular Nefyn & District Golf Club, with a view of the sea from every tea. Keep straight off the tee and don't overshoot the green - that's a big water hazard!

Look out for the seals from the cliffs before heading down to Ty Coch, a pub right on the beach in the fishing village of  Porthdinllean. Next stop is the stylish town of Abersoch on the south coast of the Llyn Peninsula. With its chic café bars, shops and beautiful beaches, Abersoch is a great place to chill out.

Head east through Cricieth past another castle on the beach to the harbour town of Porthmadog. Don't miss the famous Ffestiniog railway, where the traditional steam trains run from Porthmadog to the old slate producing town of Bleanau Ffestiniog.

Three miles out of town at Morfa Bychan is Porthmadog Golf Club, a heathland and links golf course offering spectacular views over Snowdonia and Cardigan Bay.

Travel further down the coast to Harlech and its magnificent 13th century castle which overlooks a 4 mile white sandy beach. The castle is perched above another beautiful links golf course, Royal St Davids. For a short time, Harlech's Fford Pen Lech was officially the world's steepest street, although this has now been reclaimed by the original record holder, Baldwin Street in Dunedin, New Zealand. It may be technically the steepest, but does it lead from a beach to a castle? To the south lies Shell Island with its abundance of, unsurprisingly, shells.

Heading back north towards Snowdonia gives you the chance to visit Portmeirion, an Italianate village and gardens created by Clough Williams-Ellis between 1925 and 1976. It's stunning position overlooking the sea was the setting for the cult 1960s TV show The Prisoner, starring Patrick McGoohan as Number Six.

Head north on the A498 to the beautiful village of Bedgelert in the heart of Snowdonia at the confluence of the Glaslyn and Colwyn rivers. From there, head up to Llanberis pass, with the road climbing to 1000 feet above sea level between the mountain ranges of Snowdon and Glyderan. This is the place to climb Snowdon, the highest mountain in England and Wales. From Portmerion to Llanberis, you'll climb 1000 feet above sea level in just 20 miles.

For more thrills, it's definitely worth a slight detour to Zip World at Penrhyn Quarry, home to Velocity2, the fastest Zip-Wire in the world. You could reach speeds of up to 100mph as you zoom down the 1500 metre wire into the quarry. 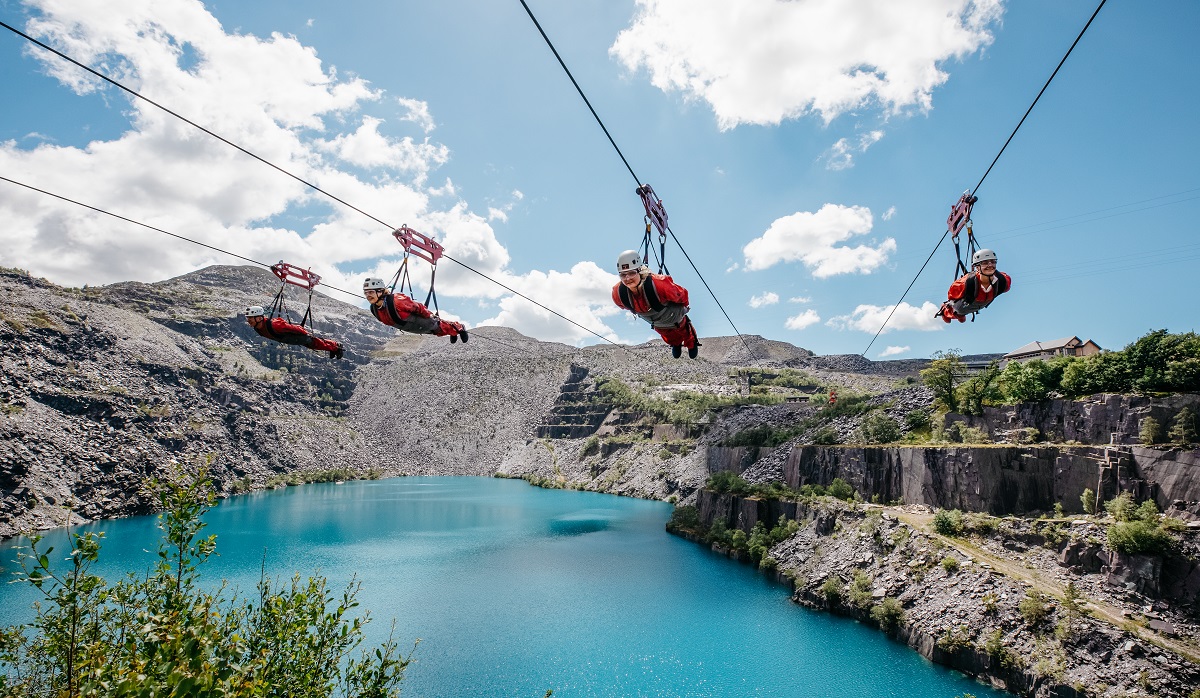 Back on solid earth, turn back south east to the mountain village of Capel Curig, the base for the team that first conquered Everest, then head south down the A5 to the picturesque village of Betwys-Y-Coed, situated in the dense Gwydyr forest where the River Conwy meets three tributaries flowing down from the Snowdonia hills. If you're in the mood for more thrills, head south down the A5 before turning off for Frongoch and the National White Water Centre. The River Tryweryn is a dam released river from the Llyn Celyn reservoir. When the water is released from the reservoir, it thunders down through the river valley creating fast-flowing natural rapids. 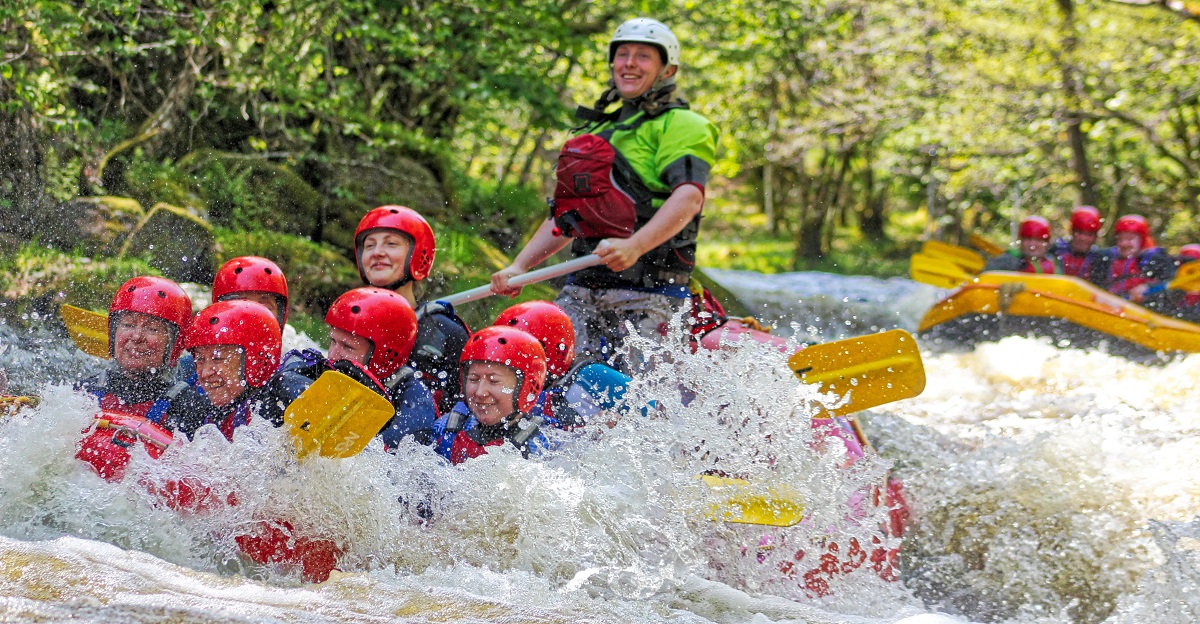 Riding the rapids at the National White Water Centre

You can also reach the White Water Centre from Harlech and Portmeirion, by heading south on the A470 then taking the A4212 from Trawsfynydd. This spectacular drive takes you through the Snowdonia National Park with fabulous views as you go around the reservoir before reaching Frongoch.

Going from Dee to Dee!

The final leg of your Spaceships road trip through North Wales takes you east along the A5 to the town of Llangollen and back to the River Dee. But instead of the majestic sweep through Chester at the beginning of your journey, here the Dee tumbles through the town. There is a walk along the river, but you can also see it from the 16th century bridge or from the deck of The Corn Mill pub, both in the centre of the town. And if you stop for a drink, don't forget to say Iechyd Da (pronounced Yaki Dar) - "Cheers" in Welsh.

From Llangollen you are just a few miles from the border back into England and the end of a fantastic road trip discovering mountains, castles, beaches and adventure. It's a truly beautiful part of the UK and we hope this route helps you to see the best of North Wales in your Spaceship!