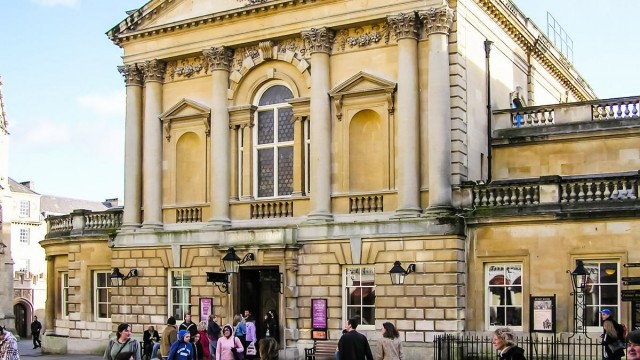 Arriving on the continent for an amazing road trip - Hazel & Dora

Arriving on the continent for …

I’ve arrived on the continent! Woop! Finally! It took me almost 2 weeks to build up the courage! Ha! Plus of course getting my hair done near Canterbury delayed me a little – so worth it tho…finally back to almost my natural colour, whatever that is – mousey brown?!

No 9-5 means extra time for pampering. I’ve been sleeping heaps, up early for exploring, eating loads of fruit and have discovered the most delicious 4 bean salad from Lidl! Yum! I’ve even had the time to moisturise my feet daily (a happy occurrence for my walk abused feet) AND I’ve been religiously brushing my hair every day to avoid the horrendous mess it turned into on my Oz adventure – promise Esther!

My day mostly consists of waking up early, 4.30am for the ferry the other day wasn’t even a problem (who am I?!), brushing my teeth, finding a toilet – no easy feet on the nights I sleep wild and the Costa doesn’t open till 7am – I haven’t quite yet built up to bathrooming wild too! Then it’s finding a nice spot to eat breakfast, and driving to my next destination.

Destinations are hard to pick and have mostly been a result of local advice or SatNav misnavigation. She’s called Jane and she’s a pain in the arse, but we seem to get along much better now, after 2 weeks of arguing, I have finally succumbed to her greater power  – stubborn beeeaaach. She reminds me of me!

Dora (the explorer – thanks Lyns!) and I have done over 1300 miles from pick-up to Brugge – a little more than I’d thought, but 100miles / day seems to be working out great so far. We’ve (Dora, Jane and I) have visited loads of places. Lands End and neighbouring villages (one with a small but perfectly formed theatre cut into the side of the rock face – too cool!),with their tricky tiny lanes that are intimidating yet thrilling, Newquay the surfing mecca of Europe, Padstow and St Ives with their stunning little seaside harbours, funky bars and restaurants on the seafront with an abundance of Cornish pasties and Cornish ice creams. I, in my money saving ways, have my now familiar gouda cheese and cheese and onion baked crisps wholemeal roll with 50/50 apple juice and water for lunch. Nutritious and delicious.

Cheddar was another cool place, loads of homemade type ciders and cheeses, although a 2-hour 7am gorge walk was my favourite. This place is so madly commercialised it made me feel a bit sick. The gorge was free and it was beautiful and peaceful and did I mention free.

A bunch of places I felt were missable, not necessarily their fault, some places I disliked cause I had to pay to wee or the sky was grey, or the traffic overwhelmed me. Sorry, these places if you are normally lovely.

Bath though, what are you thinking! This was high on my list of great places. Not for long, parking was a nightmare, I had to pay to wee, the famous royal circle was forgettable, the Roman baths were a rip off (although if you go into the restaurant there’s a couple of windows you can see a section of the baths for free). The best thing was the “still statue” artistic as hell, on a bike, clothes blowing in the breeze.

Then bath, you really F’d my Sup when I tried to leave, diverting me…. 45 MILES!!! – the signs said switch off satnav – so I did – bad bad bad idea – headed South East instead of South West and landed in some random town during rush-hour trying to find the tourist information, while my mobile phone network (three – you shall be named and shamed) decided to simply vanish. Honestly, I’ve no idea how I found the tourist info, but there I was, in some random council building, off some random round-a-bout, panic parked on double yellows 10minutes before closing….trying to avoid a panic cry in front of the slightly shocked employee. Jane laughing in my head that I should never have turned off satnav! A little too late for that now Jane. 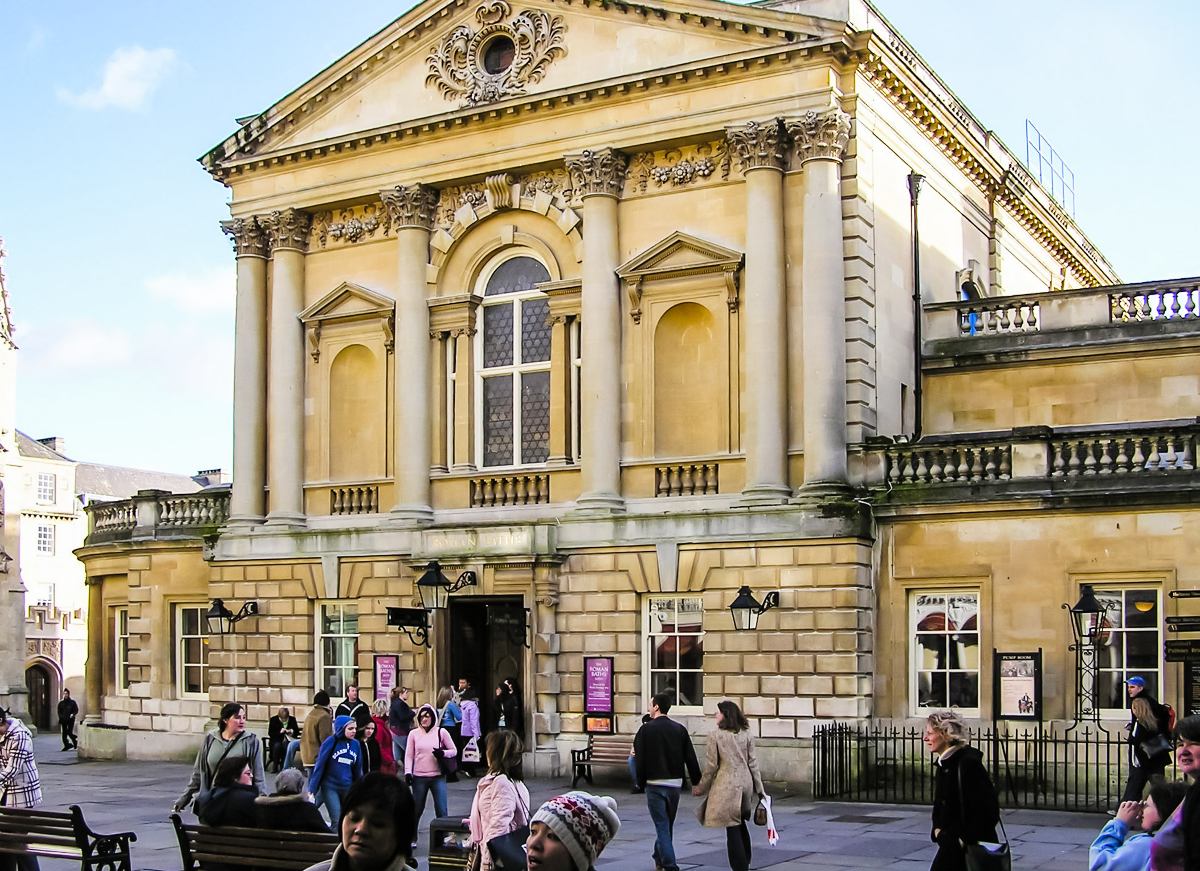 I managed to pull my sh*t together and arrived at a farm campsite 2 miles from Trowbridge, barely able to speak, close to tears, and ate the only food I had left for my tea (pate, 2 cheese slices a plum and a bag of crisps) I didn’t even care, all I wanted was Kcals so I could go to sleep, which thankfully happened at 6.30pm. A forgettable day, Bath.

I woke up brand new the next day. Sleep really does help in a mini-crisis. Had the best 2 days just chilling by the river, jogging around the fields (ok well, one attempted to jog, back and forth up the same lane as the long grass on the rest of the route itched my legs!), eating the nicest bean salad (Lidl) and sitting in the sun.

Then I was heading off to see the greatest landmark in the area – Stonehenge. I’d set off early 5.30am. Getting to these places early means easy driving, parking and the ability to work out how to go about things in the cheapest possible way! I drove past Stonehenge on the main road 5 times before deciding on the perfect parking spot just off the road 5-10 minute walk to the site.

There is a neighbouring field that you can walk through that takes you really close for the perfect photo-op. As I reached Stonehenge, there was a security guard coming towards me talking in his walkie-talkie?! Turns out I’d not been walking through the neighbouring field but the actual English-heritage site instead – eek, my bad…so I did what any self-respecting tourist would do - asked if he would take a quick pic of me and Stonehenge  – he misheard me and thought I just wanted a pic and he was super nice and said I’d better be quick as he’d called it in and his boss was on the way. I didn’t have the courage to ask again. So I took a few pics and my own selfie, then scarpered.

That day I drove all the way to Lewes – maybe it was the memory of Bath still haunting me and my need to get as far away as possible and towards to the coast! Lewes was a mistake, I was headed for Brighton, then maybe Eastbourne, but Jane had other idea’s. This was a great one tho. I wild camped in Lewes both nights, their public toilets had great opening times (this is what my life has come to). I found Lewes to be a quirky, friendly town and Firle Beacon was this great hilltop lookout spot 3 miles outside Lewes, the perfect place for a proper wild camp.

My next night I thought needed to be a campsite as Dundee washes only take you so far and 2 nights back-to-back of wild camping were catching up on me – I don’t think I smelled yet, but it couldn’t be far off. Sunnyside farm campsite just outside Chilham 5 miles from Canterbury would do the job nicely.

A lot of missable places over the next few days to be honest, possibly because it was cold, windy and rainy (jury’s out)…Eastbourne – totally missable, Hastings and Battle as well, although Hastings had a cool little port area with big old black timber fishing huts that were pretty cool and a free ship museum – worth an hours detour. Canterbury I found bland, same with Sandwich (how could this not be great with a name like that) it was supposed to be the oldest most authentic medieval town – I guess I’d just pictured it differently in my head – or maybe it was the lack of public facilities again(!).

This would probably be my biggest point to note to the English Tourist board – if you want people to visit – have public toilets that are free, and that are open before 9.30am, or at least allow free parking until the public toilets are opened, bah!

Luckily Chilham brought it back to the good. A lovely little place, public toilets open 7.30/8am (OMG I need to get a life), and you can park for free for 23 hours in their carpark just 2 minutes walk from the town. Cute little café’s, nice main street and if you walk far enough (20minutes), there’s a lovely little picnic spot next to the river by the old water mill.

So then after 12 days it was time to venture to mainland Europe! Eek! Was I ready? Was it ready? Got the 6.40am ferry from Dover – again, missing traffic is the best way to travel – had no clue what I was doing on reaching the port, I’d plugged in only “Dover” to Jane, and had realised in time that she was taking me to Dover centre – not Dover port – why can’t she read my mind?! I wholeheartedly did what any normal clueless first-time ferry goer with no back seat driver would do – follow the car in front. Thank you ford escort, he took me right to the ferry door. Dover is intimidating!

Once on board, I had a minor panic over having everything in place for driving in Europe. My main lack of understanding was why the headlight beam deflectors were to be stuck on the bottom left of the front lights – thank you youtube for explaining the headlights are mirrored…so with renewed confidence I fitted my deflectors and was all set – remember to drive on the right, remember, stay on the right, the right, right RIGHT!!!

Again arriving in Calais, ford escort had done such a good job in Dover, I entrusted him with getting me to Brugge! Haha! Ok not all the way, but at least out of port! Victory! I arrived at my campsite in Brugge for a late breakfast at 10.30am local time(too anxious to have eaten earlier) and wandered around the famous square in the afternoon, sampling the delights of Belgian chocolate. I am saving tasting the Belgian beer for today and then tomorrow I shall be off on my adventure again – not sure which direction I will take, but I’ll let you know once I get there. Laters.